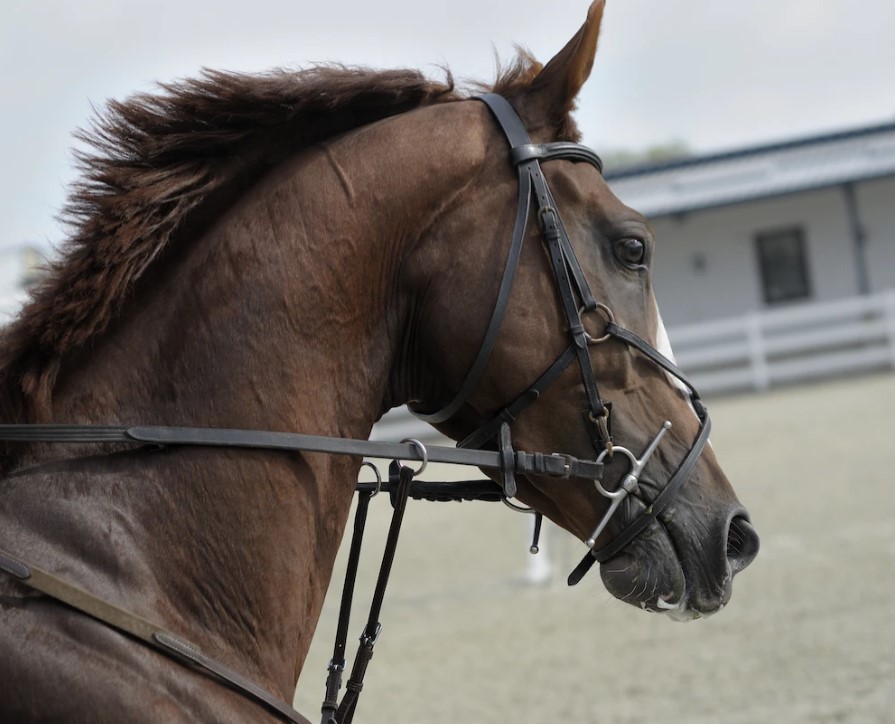 Is a Flash Noseband Necessary?

Q: I am new to dressage. It seems to me that everyone uses a flash noseband. Should I be doing the same? —Name withheld by request

A: A flash is a thin strap attached at the center of a regular noseband (also called a cavesson) and secured under the horse’s chin. It is supposed to stabilize the bit in his mouth and prevent him from crossing his jaw or putting his tongue over the bit—actions that allow him to evade its influence. However, I find that the problems associated with flash nosebands sometimes outweigh the benefits.

I often see the regular noseband attached too low, which puts the flash on the most sensitive part of the horse’s nose, causing discomfort. Many riders go by the Pony Club rule to adjust the noseband so it is positioned two fingers’ width below the cheekbone, but I find this does not guarantee a good fit. Modern dressage bridles with flash nosebands are often extremely wide and bulky, and many a horse’s head—especially if small or short—is not big enough to fill all the space. On the other hand, a thin cavesson often pulls down as the flash is connected, again becoming a source of discomfort.

When fitting the flash, be sure that the noseband is the appropriate size for the horse’s face. Then position it right below his cheekbones. This way, the flash will not be too low on the muzzle when tightened.

In my experience, it’s best to use a regular cavesson without a flash attachment to prevent your horse from developing tongue problems. Instead, he’ll be encouraged to chew on the bit—which is desirable—rather than avoid it because of discomfort and pressure. A regular cavesson should rest right under the cheekbone, and you should be able to slide two fingers underneath it.

If you can’t find a dressage bridle with a plain noseband, simply remove the flash attachment or use a hunter-style noseband, which usually is less bulky. Horses that may require more support—for instance, those who have been trained incorrectly and have developed mouth problems such as sticking out the tongue—may be candidates for a flash noseband.

However, instead of using a flash, I recommend trying a crossed noseband (figure eight). You might find that it puts pressure on the nose at a higher and less-sensitive point than a flash.

Tying a horse’s mouth or going with a certain fashion is not the answer. Always remember that the most important thing is to get your horse to enjoy his work.