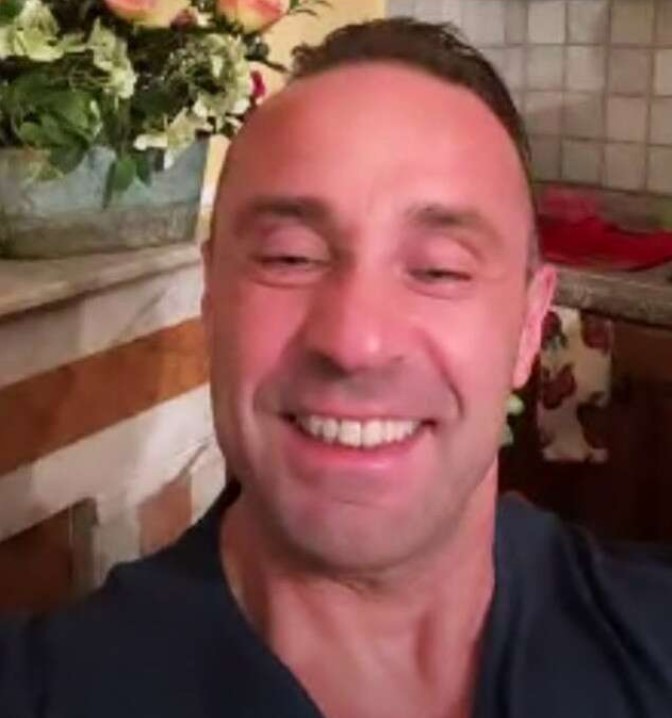 An almost unrecognizable Joe Giudice was all smiles as he FaceTimed with his and Teresa Giudice’s eldest daughter Gia Giudice while enjoying his first hours of freedom after spending more than three years behind bars.

The Real Housewives of New Jersey star’s husband was released from federal prison in March after serving 41 months for fraud. Joe, an Italian-born permanent U.S. resident, was placed directly in ICE custody, as an immigration court judge had ruled that he was to be removed from the United States after completing his sentence. He has been trying to appeal the deportation case, and a court recently granted his request to leave the ICE detention facility and the United States and await the outcome of his appeal in Italy. He flew to his homeland on Friday.

On Saturday morning, 18-year-old Gia, the eldest of Joe and Teresa’s four daughters, posted on her Instagram Story a screenshot of a FaceTime session with her dad, marking the first photo of him since he entered prison in 2016. He is smiling, sitting inside a vehicle with his seat belt on, and also looks skinnier than he did when he began his sentence.

“One of the happiest moments of my life!” Gia wrote. “Love you so much daddy, so happy your free! See you so soon ♥♥”

Gia later shared a second screenshot of a FaceTime session with her dad, which included her sister Gabriella Giudice, 15. Joe is sitting in a kitchen.

Hours earlier, Gia posted a throwback photo of her and her dad. Little sister Milania Giudice, 14, posted on her Instagram Story throwback pics of him with her and her sisters.

“See you soon daddy,” she wrote. “I love you beyond words.:

“We are very happy that Joe is free, but very sad that he is still not home where he belongs,” the Giudice’s family attorney said in a statement to E! News on Friday. The lawyer told TMZ that Joe called Teresa and Gia from the plane.

“It’s bittersweet, everyone is happy he is out but no one is happy he is going to Italy,” he said, “I met with Joe face to face a week ago at the prison in Pennsylvania. This is a man who loves his family and is not done fighting by any means. He wants to come home.”

A source told Us Weekly that “Teresa already has a trip to Italy planned. She’ll be taking all her girls. Teresa and all the girls will be visiting sooner rather than later. It’s fast approaching.” Earlier this year, Teresa reportedly said that she and Joe would go their separate ways if he is permanently deported.

On Friday, she posted on her Instagram a photo of the Statue of Liberty crying.