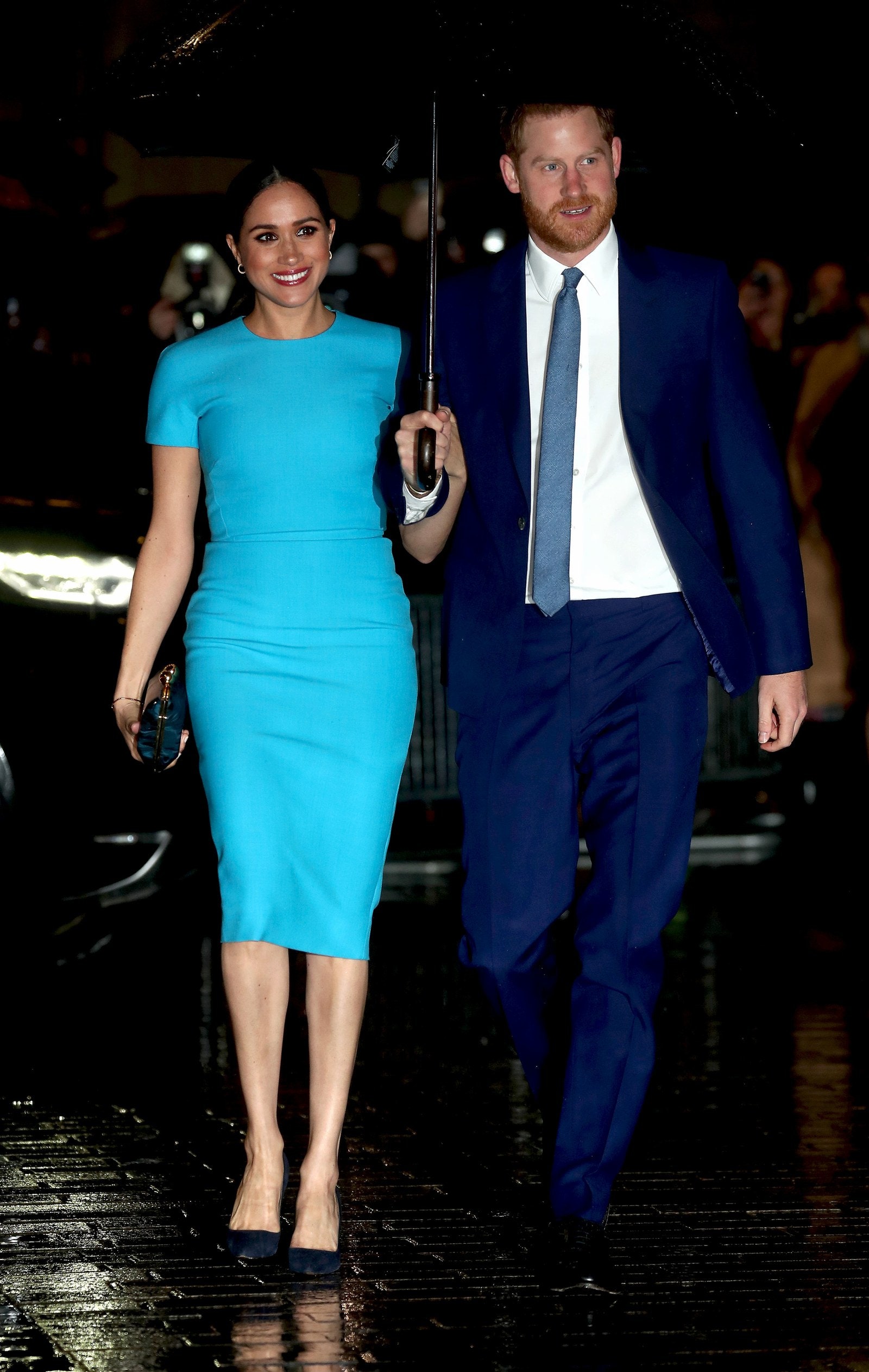 Back in London, Meghan Markle Shines in Victoria Beckham

You’ve missed Meghan Markle. Since the announcement that she and Prince Harry would be stepping back from the royal family, the Duchess of Sussex has kept a low profile, enjoying life in Canada with her son, Archie. This evening though, she was back in the spotlight, returning London to complete her final slate of royal duties with an appearance in honor of the Endeavor Fund. Founded by Harry in 2012, the charity supports wounded military servicepeople and awards men and women who have used sports to redefine themselves after an injury on the battlefield. Such an inspiring occasion called for a look with vigor, and in a form-fitting, short-sleeved turquoise dress from Victoria Beckham, Markle delivered precisely that.

Throughout her time as a royal, Markle has supported British houses and female design talent, bringing high fashion names like Givenchy’s Claire Waight Keller and Grace Wales Bonner into the mainstream. Beckham, with her understated aesthetic and innate knowledge of what it takes to create a buzzy style moment, was a natural choice for Markle, who continuously finds ways to make her outfit choices impactful. Worn with modest diamond earrings, Manolo Blahnik heels, and a marbleized plexiglass clutch from Stella McCartney, her look was refined yet modern, straying from the standard—and stuffy—formality associated with royals without breaking protocol. While there’s no telling what Markle will wear once she’s a private citizen, her latest outfit underscores why she was such a refreshing addition to the House of Windsor.