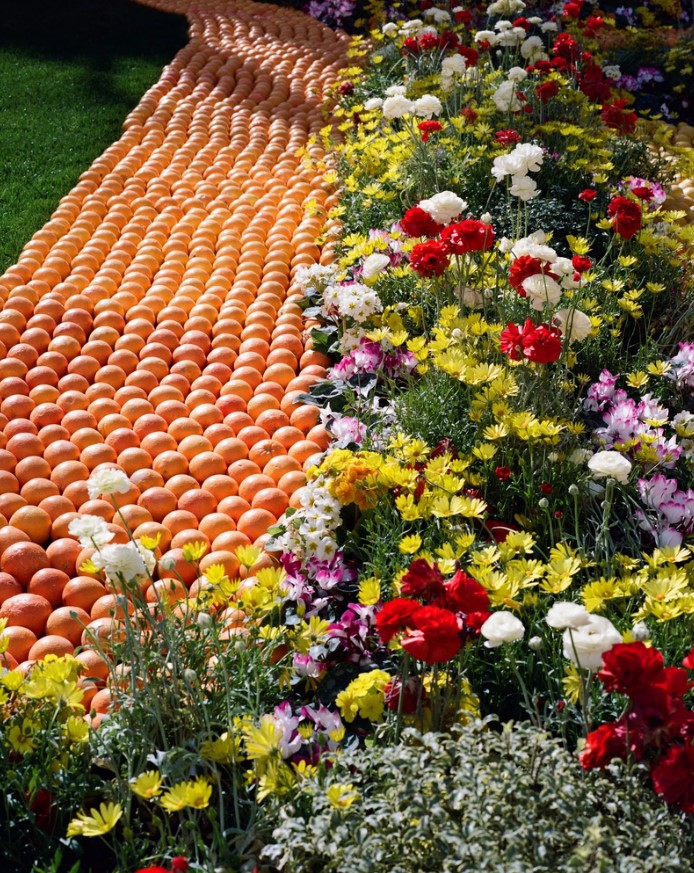 When Life Gives You Lemons…

There’s a local fable in the French Riviera that when Adam and Eve were banished from the Garden of Eden, Eve took a lemon with her and buried in the spot that would become Menton. Whether or not you believe the myth, citrus fruit is at the heart of this French seaside town, leaving it awash in golden hues.

Menton sits on the Italian border between the Alpes Maritimes and the Mediterranean, and its valley benefits from a unique microclimate that’s a few degrees warmer than the rest of the Côte d’Azur. Since the 15th century, the town’s residents have grown citrus trees. Although the region is home to 100 different varieties of fruit, from kumquats to grapefruit, Mentonnais take special pride in their three lemon varietals: Santa Theresa, Villafranca, and Eureka. These Menton lemons differ from other varieties because of their elliptical shape, lack of bitterness, richer color tones and high-oil rinds that yield a more noticeable scent. 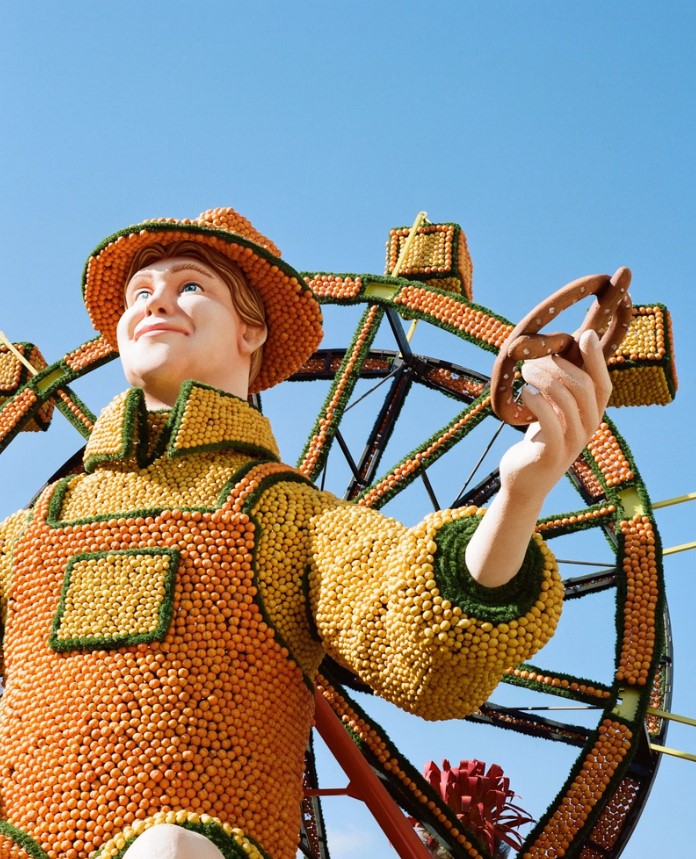 The otherwise humble town wears its devotion to citrus on its streets, and in every restaurant. Visitors can expect to savor citrus jams at breakfast, take limoncello shots at the end of dinner, and walk the streets with lemon gelato in hand. Menton’s famed farmers even send their lemon oil to Grasse for perfume, and three-Michelin-star chef Mauro Colagreco, whose acclaimed restaurant Mirazur has brought Menton renewed fame, grows his own lemon trees in a small orchard. 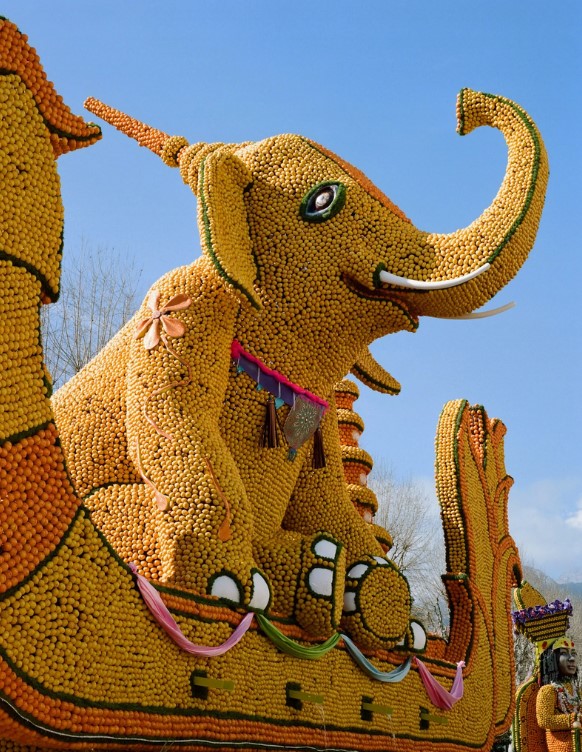 This local obsession with lemons reaches its peak in the middle of February when the city debuts the annual Fête du Citron. The festival first began in 1928 as a way to entertain aristocratic visitors and evolved into a celebration of gigantic proportions. Every year, 400 people design, create and build ten 30-foot-tall sculptures of fruit with 140 tons of lemons and oranges. The result is surreal and singular. Beyond the visual display of vivid orange and yellow sculptures, the fruits tinge the air with the heady smell of citrus.

The town just completed its 87th festival with the theme des mondes fantastiques or “Fantastical Worlds.” Each of the ten towering sculptures serves as a tribute to a different celebration from around the world, including Ireland’s St. Patrick’s Day, Mexico’s Día de los Muertos, Germany’s Oktoberfest. Over 200,000 people gathered to see the displays in Menton’s Jardins Biovès this year and to watch the Carnaval-style parades where they travel through town.

When still-life and fashion photographer Philippe Jarrigeon visited this year, he described the festival as of another time. Menton doesn’t have the glitz or glam of Cannes and St. Tropez—and that can be a good thing. He looked forward to seeing a more traditional experience in an otherwise quiet town. Plus, as a still life photographer, he had often captured fruit and flower arrangements; this festival took that theme to new heights. “It was charming,” he noted. “The scene reminded me of France in the 1950s or in an old film.” After initially surveying the scene, Jarrigeon had planned to head back down to Menton from Paris for one of the festival’s parades, but the celebrations ended early because of the health threat posed by the coronavirus. 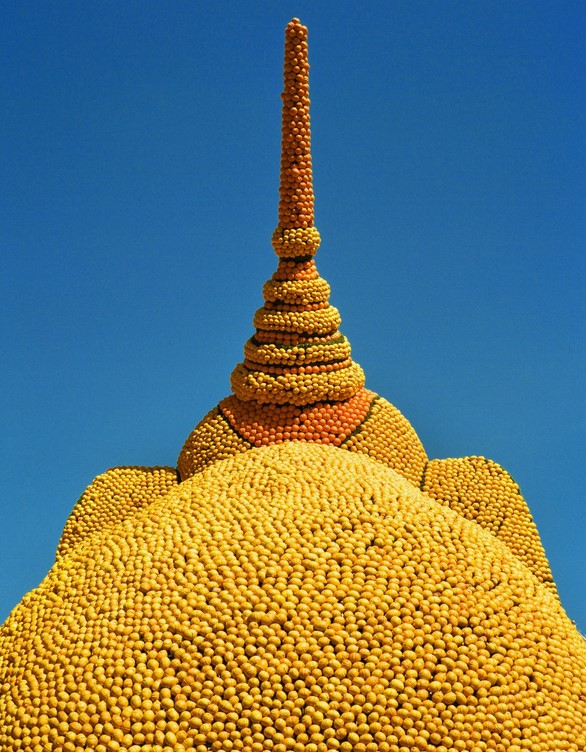 Typically, the festival winds down in early March just as the town begins to plan the following year’s festivities. Of course, Menton usually sells the oranges and lemons at a steep discount just before spring. Even in a town where citrus is everywhere, there are still happy buyers. This year, it all ended too soon—but that means everyone’s already looking forward to the next colorful fête. 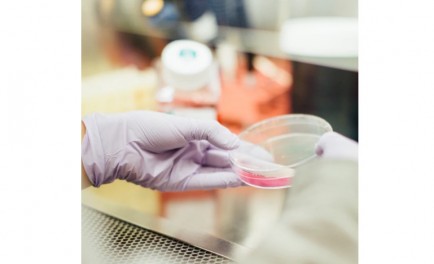 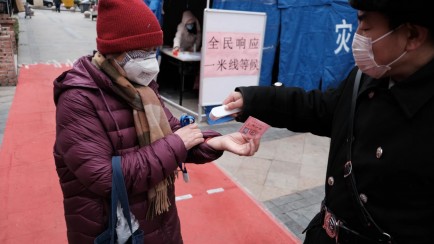 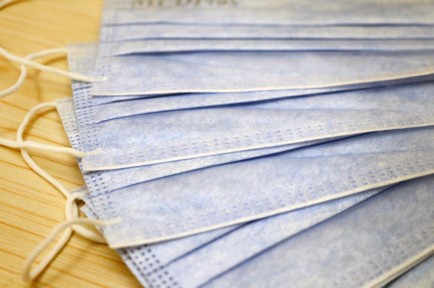