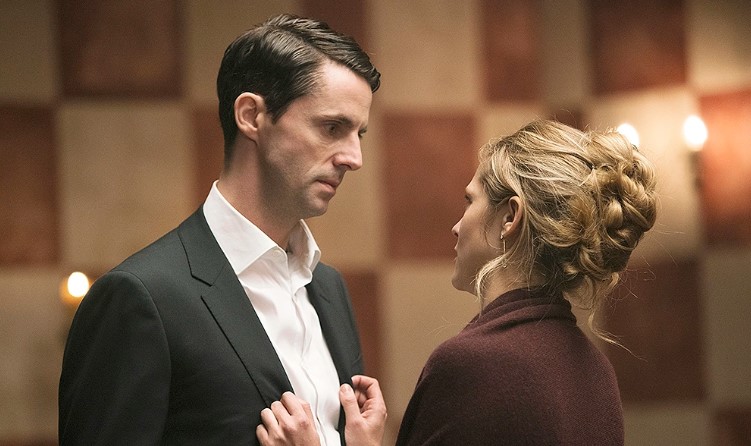 Matthew (Matthew Goode) has Gillian (Louise Brealey) cornered and he wants answers from her. “Why did you break into my lab? I smelt your hand. What are you looking for, I wonder? Tell me,” Matthew demands in our EXCLUSIVE preview of the all-new episode of A Discovery of Witches. Gillian says that it sickens her that Diana (Teresa Palmer) spends her time with a vampire. “He was right. The sooner your kind are wiped from the face of the earth the better,” Gillian seethes. Suddenly, Matthew lunges for Gillian and attacks her, drinking the blood from her neck.

Meanwhile, Diana is in the woods. She knows something is not quite right, but she just can’t put her finger on it. Ysabeau (Lindsay Duncan) comes out of nowhere in the woods, as well as a fox. As Matthew is attacking Gillian, something moves in the woods that sends Diana spinning. Ysabeau makes a run for the fox. Diana’s not sure what to make of what just happened.

The synopsis for the May 5 episode reads: “Gillian pays a price for her disloyalty to Diana. The vampires study witch DNA and the fall-out threatens the fragile equilibrium between creatures. The vampires focus on ending Matthew and Diana’s relationship, whatever the cost.”