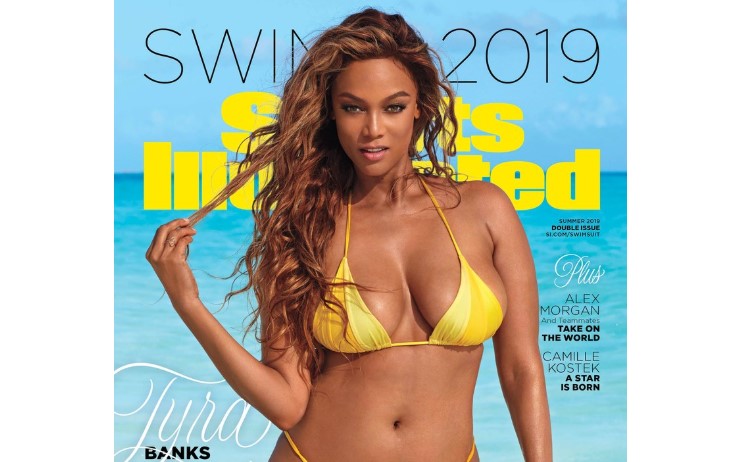 At 45, Tyra Banks Makes a Sports Illustrated Comeback With a Body Positive Message

“This is for everybody that has been told that they are not good enough because of their body, their age, their everything,” says Tyra Banks, who has come out of retirement to cover the 2019 edition of the Sports Illustrated swimsuit issue, over two decades since she became the first black woman to cover the magazine solo in 1997.

But it’s not just the 45-year-old supermodel’s curvaceous physique in a yellow string bikini that’s set tongues wagging. “#BanX is here to tell you that you ARE friggin’ fierce no matter what anybody says!” Banks continues on Instagram, lifting the veil on her persona “BanX,” which marks the beginning of a new, even bolder chapter for the boundary-breaking star. “BanX is me, but she’s also every woman,” she says. “BanX represents rebirth and that beauty boundaries only exist to be broken.” According to Banks, her new moniker is emblematic of “X-ing out cookie-cutter beauty,” and the decision to hone in on her last time was meant to buck the norm as well. “Mononyms are exciting in the industry,” explains the multi-hyphenate talent in the cover story. “But usually models use their first names, like Iman. I want to flip the script and go by my last name. I’m taking something familiar and making it new. I’m wiser now and thicker.”

Banks’s cover breaks on the heels of this Sports Illustrated edition’s other expectation-shattering moves. For one, Czech-born ’80s supermodel Paulina Porizkova, who first appeared in SI’s swimsuit issue in 1983, is making her tenth appearance in the annual issue at age 54. And then Halima Aden, the 21-year-old Somali-American runway star, is the first model to wear a hijab and burkini in the magazine’s pages.

From plus-size models Ashley Graham and Paloma Elsesser, who’ve promoted body positivity and size inclusivity while rising in the industry, to Beyoncé, who’s made a point of shifting the narrative around the female body through the lens of motherhood, Banks is among the scores of famous women who are leveraging their star power to fight back against antiquated body ideals and radically alter the status quo. “I am telling people that beauty comes in all shapes, sizes and ages,” says Banks. “I have to put my money where my mouth is.”