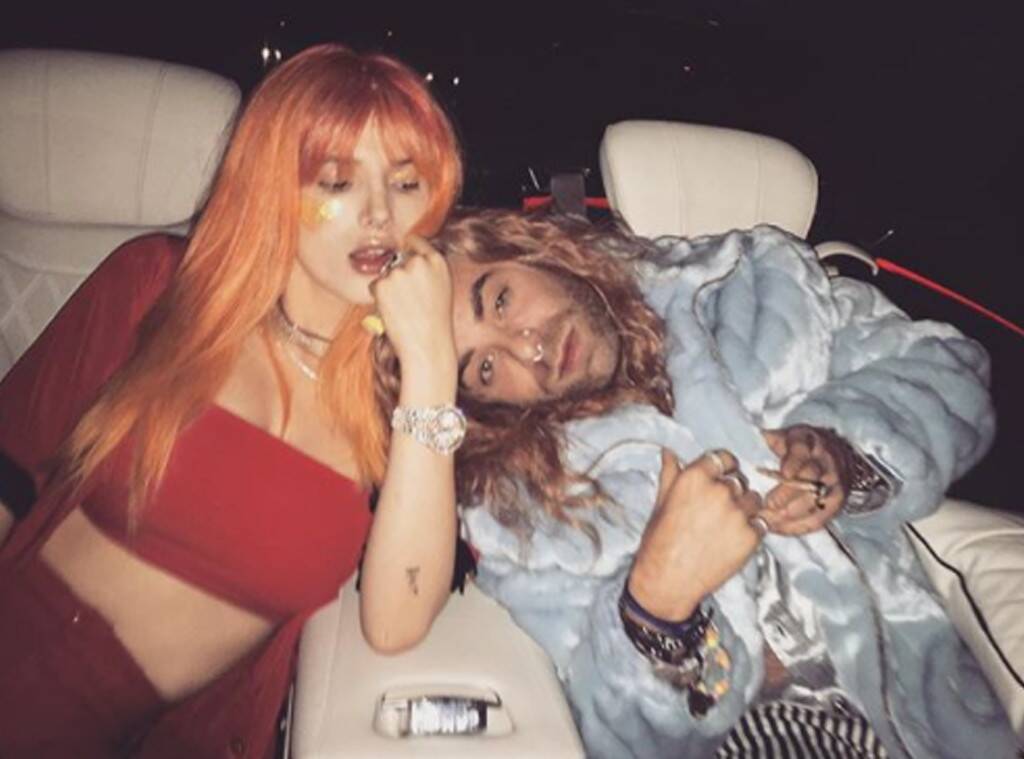 Bella Thorne and Mod Sun may have called it quits, but they are just getting started as far as feuds go. Nearly a month ago the artists parted ways in what appeared to be an amicable breakup. At the time, Bella told her fans she will “always” love Mod Sun, but things had come to an end. However, it seems like she might be taking back her prior statements now that the rapper has gone to the press to air their dirty laundry.

On Wednesday, the rapper cheekily told the website TooFab that he plans on selling his ex’s belongings on eBay since she had yet to pick it up. He later tweeted the link to the story, with the caption: “Obviously joking but i’m kinda funny tho.”

Unfortunately, it looks like Bella doesn’t find the situation too humorous based on her response. “Awww looks like moddy really wants some press. #hungry also didn’t u call the cops on me when I wanted my computer? U p–y,” the actress tweeted in the comeback to end all comebacks.

Mod, on the other hand, denies that this is how things went down. He explained, “Well u came over uninvited. 24 hours after we broke up, Thru the backdoor. I wasn’t at the house to see what u were gonna take + to be honest bella…ur not the most trustworthy person. I’ve also told u 6 times since let’s SWAP each other’s stuff but which u refuse to gather mine (sic).”

He added, “I’m doing good btw nice to hear from u.”

Their ex-girlfriend Tana Mongeau then got in on the drama. She told the pair, “the love u have for eachother to take this to socials and press legit breaks my heart y’all.”

Oddly enough, even Keke Palmer, chimed in with her two-cents. She marveled, “Is this seriously happening right now? — our worst fear is a clout chasing ass ex. I’m pissed you’re dealing with this.”

Luckily, the public feud provided Palmer the opportunity to praise Thorne’s debut as an author. “In other news your book is still a best seller soooooo…”

But, as they say, no good deed goes unpunished, because her comments were soon noticed by Mod. He snipped at Keke, “Next time u reflect urself on others think about it. Clout chasing? Yet u didnt reply to Bella’s tweet u made a whole ass new post on ur own with a meme!!!!! Just to get involved. I’m sorry u did this all wrong.”

Well, it looks like the score stands at Bella 1 – Mod Sun 0.