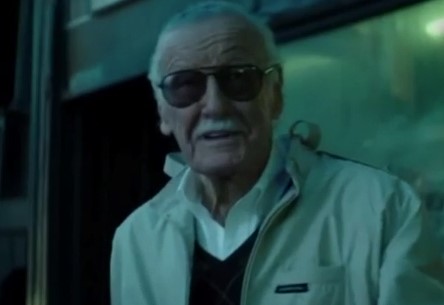 Comic-Con swings into 50th year with tributes to Stan Lee

Comic-Con is a festive event, as an estimated 130,000 attendees descend on San Diego, many of them clad in colorful costumes. But part of this year’s 50th edition of the annual gathering will have a somewhat more somber tone, marking the first convention since the death of Marvel patriarch Stan Lee.

Lee, who died last November at the age of 95, will be memorialized with three separate panels at the celebration of all things pop culture, which officially kicks off on Thursday. In many respects, Lee served as the comics industry’s goodwill ambassador and indefatigable cheerleader during the medium’s formative modern era in the 1960s and thereafter, before Marvel became a dominant force at the box office.

More recently, Lee’s amusing cameos in Marvel movies reinforced his connection to the titles he co-created, which included the Avengers, Fantastic Four, X-Men and the Hulk (all with artist Jack Kirby) and Spider-Man and Doctor Strange with Steve Ditko, who also died last year.

To those who attended Comic-Con in its early days, when the entire convention occupied a few ballrooms in the Grant Hotel, the 50th edition of the event — which now spills out of the massive San Diego Convention Center — symbolizes the cultural and commercial triumph that Lee lived to see, with comics and specifically Marvel becoming a hugely influential force.

“He really did just an astronomical amount of good for the comics industry, the acceptance of comics as something more than an artifact for stupid kids,” former DC Comics editor Paul Levitz, a friend of Lee’s who will participate in one of the tributes, told CNN.

As for the success that superhero movies and TV have achieved, Levitz added, “Stan’s main reaction to the whole journey was the inner kid being amazed at what had happened.”

Indeed, Lee spent much of his time in the 1970s and ’80s knocking on doors and being met with resistance in bringing comics to the screen, or seeing those creations treated abysmally when they were turned into movies and TV shows.

Lee essentially wore two hats at Marvel, serving as the main writer and editor at the company — where the 1960s explosion of creativity, especially with Kirby, has been compared to the Beatles — and as the extrovert who worked to sell the world on the genre’s viability.

“Stan became the face of Marvel because there was no advertising, marketing or publicity department at Marvel,” said Danny Fingeroth, a former writer and editor at Marvel Comics whose biography “A Marvelous Life: The Amazing Story of Stan Lee” will be published in the fall. “No matter who was listening or not listening, Stan was always there waving that Marvel flag.”

According to Fingeroth, Lee saw Disney as the ultimate embodiment of what Marvel could be, which seems especially apt in light of the way characters like the Avengers and Black Panther have thrived since the studio’s acquisition of Marvel Studios.

“He always spoke of it in terms of Disney, very early on,” Fingeroth said.

Lee often cited the key role that advances in special effects played in convincingly bringing superheroes to the screen, but an equally important development was the maturation of those who grew up reading the source material — directors, screenwriters and studio executives who approached the comics with greater reverence and respect.

For an industry veteran like Levitz, the growth of Comic-Con reflects a manifestation of that process, as well as evidence of what Lee’s dogged, ebullient salesmanship helped foster.

“It’s wonderful on one level to see the things I love being shared by so many people,” he said, “and it’s bewildering on another.”

Comic-Con International will be held July 18-21 in San Diego.