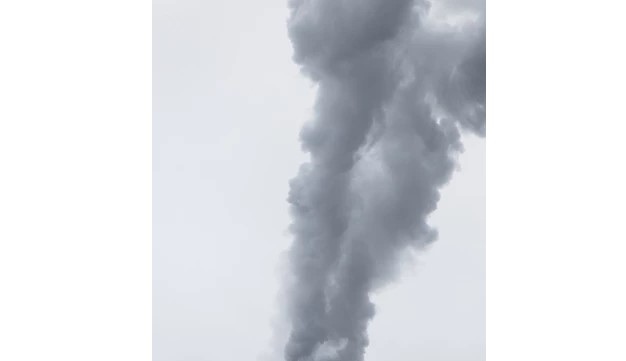 Despite improved air quality since the 1990s, pollution still causes lung disease, heart attacks and strokes that kill more than 30,000 Americans each year, a new study estimates. Researchers looked at concentrations of fine pollution particles known as PM2.5 across the country from 1999 to 2015. These tiny particles — 30 times smaller than the width of a human hair — come from the combustion of cars, coal-fired power plants and other industrial sources.

When these particles are inhaled, they lodge in the small blood vessels in the lungs, and can over time cause lung disease. The particles also find their way into the bloodstream, where they raise the risk for heart attack and stroke, the researchers added. “More stringent air pollution regulations in the U.S. have the potential to save tens of thousands of deaths each year and improve the longevity throughout the country,” said lead researcher Majid Ezzati, chair of environmental health at the School of Public Health at Imperial College London.

Although PM2.5 levels have dropped overall since 1999, levels in many areas remain high, the researchers found. And for the year 2015, the researchers extrapolated that air pollution still caused nearly 16,000 deaths in women and 15,000 in men in the United States. These deaths were due to heart attacks and respiratory diseases such as asthma.

The deaths resulted in a lower life expectancy for both men and women, the researchers noted. Drops in life expectancy due to air pollution were seen in Los Angeles and some Southern states, including Alabama, Arkansas and Oklahoma. Shortened life expectancy was highest in places where poor people lived and lowest in wealthy areas.

The lowest level in 2015 was in Apache County, Ariz., at 2.8 ug/m3. Ezzati and his colleagues used data from the Center for Air, Climate and Energy Solutions at Carnegie Mellon University in Pittsburgh, plus death records from the U.S. National Center for Health Statistics. They developed computer models to combine these data and arrive at the number of deaths that could be attributed to air pollution.

In all, of the nearly 42 million deaths in the United States from 1999 to 2015, the researchers estimated that 18 million were due to cardiorespiratory diseases, likely linked to air quality. They took into account factors such as age, education, poverty and smoking, though the study does not prove that air pollution kills people. The report was published online July 23 in the journal PLOS Medicine.

Dr. Brian Christman, a spokesman for the American Lung Association and vice chair of the department of medicine at Vanderbilt University’s School of Medicine in Nashville, Tenn., said he doesn’t believe that the dangers of air pollution are taken seriously enough. If airplane crashes killed as many people, “it would be on the front page of the paper and people would be marching in the streets trying to fix it,” he said.

One problem is that air pollution is a slow killer, Christman said. “You don’t feel it right away, but clearly we can see excess mortality in folks,” he said. “People aren’t aware that this is slowly burning away at their health.” Christman is also concerned that the current move to reduce pollution standards could reverse the progress that’s been made. “In terms of PM2.5, it’s 41% better than it was in 1999, and that’s a huge victory, and that’s a lot of lives saved,” he said.

Reducing pollution even more would save many more lives. “The lower, the better,” Christman said. He thinks that technology can solve the problem without putting people out of work. “This is America. We can come up with new and innovative ways to build things and create things, and do it in a way that doesn’t endanger the air for our most vulnerable population,” Christman said.