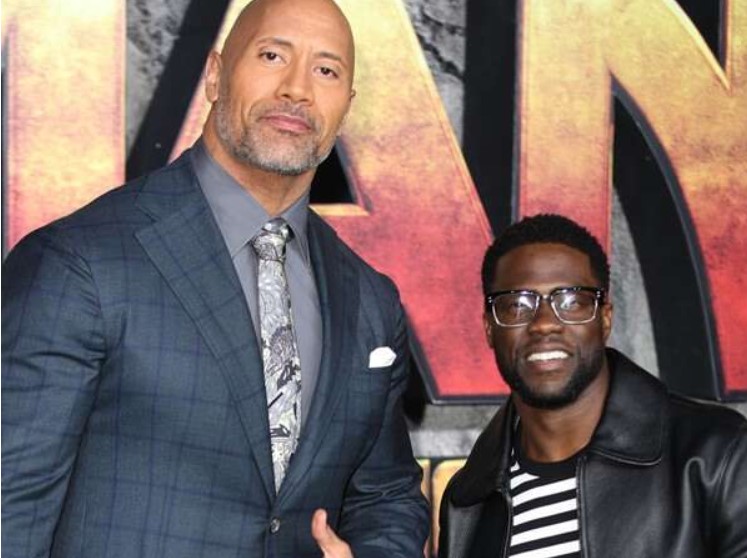 Dwayne Johnson says everything is “good” with Kevin Hart following his scary car crash. Last weekend, the actor and comedian was involved in an accident on Malibu’s Mulholland Highway, suffering back injuries. As he recovers, Hart is unable to do any appearances, including his scheduled interview on today’s premiere episode of The Kelly Clarkson Show. So, after hearing about Hart’s crash, Johnson actually left his honeymoon early to step in for his pal on the talk show.

While on the show, Johnson gave an update on his Jumanji co-star.

“Everything is good, I spoke with Kevin, I actually refer to him as my son,” Johnson told Clarkson. “I connected with him today.”

“And you know what? These things happen in life and thankfully he was strapped in nicely to his car seat,” Johnson joked as the audience laughed. “That’s real love.”

On a more serious note, Johnson said that Hart is “doing very well” and is “bummed” he couldn’t be there with Clarkson.

“I love the guy, he’s one of my best friends,” Johnson said. “And honestly, I mean, thank God, it could’ve been a lot worse. So, he’s a lucky man, and he knows it too. I wish him the best and a speedy recovery and I’m gonna see him soon.”