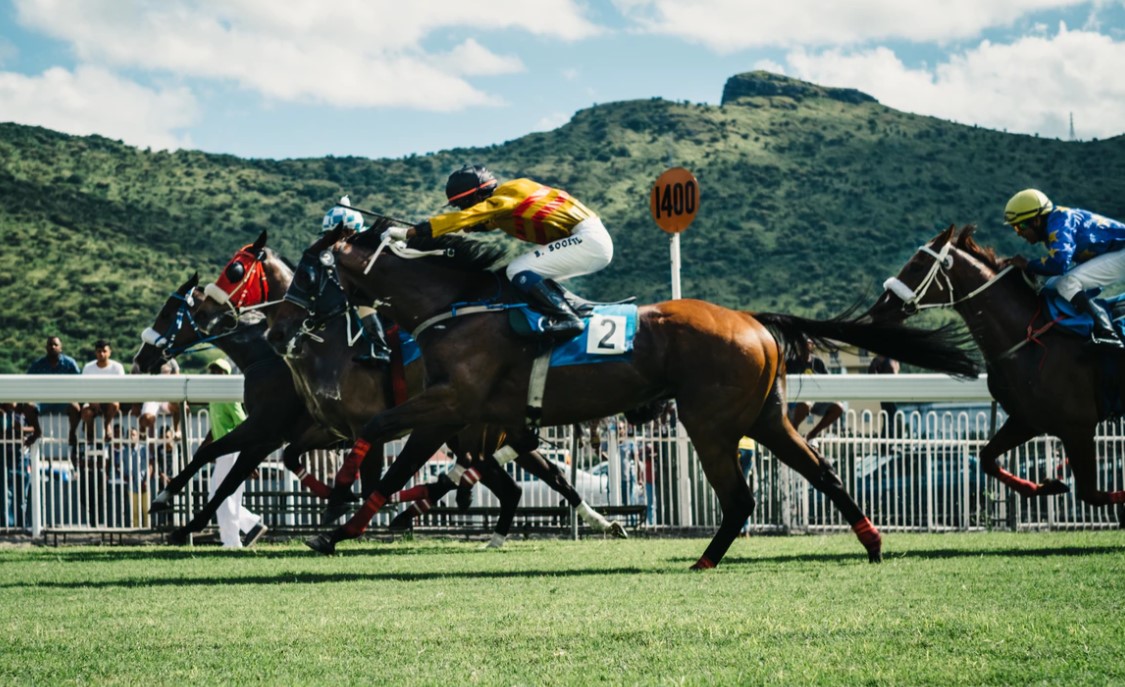 The European horses, who arrived in New York on Friday, visited the dirt training track at 10:30 a.m. Among the group were Belmont Oaks contestants Agartha , Hot Queen , Know Thyself , and With The Moonlight . Those training for the Belmont Derby included Implementation , Machete , Nations Pride , and Royal Patronage .

Daniela LaCroix, traveling assistant for French-based trainer Pia Brandt, said Hot Queen and Implementation have settled in well since arriving in the United States from her training yard at Chantilly.

“Everything went fine. The horses feel good. We are ready to go,” LaCroix said. “Hot Queen doesn’t mind the ground, maybe she prefers it a bit soft, but she can go on any ground. Implementation is a little bit the same.”

Hot Queen, a two-time winner in her native France, will enter off a sixth-place finish going one mile in the June 5 Prix de Sandringham (G2) at Chantilly. Implementation, an American-bred son of Constitution  , broke his maiden at one mile over the Chantilly turf. He finished third two starts back in the Prix de Guiche (G3) on May 10 at Chantilly, a race won by subsequent French Derby (G1) and Coral-Eclipse (G1) winner Vadeni.

Representing the stable of Charlie Appleby and globally acclaimed Godolphin are With The Moonlight and Nations Pride, as well as Creative Flair , who is possible for the July 10 River Memories Stakes at Belmont and the Diana Stakes (G1T) six days later at Saratoga Race Course. Creative Flair raced in the last two legs of last year’s Turf Triple, the Saratoga Oaks Invitational Stakes (G3T) and the Jockey Club Oaks Invitational Stakes.

The trio of horses trained under the watchful eye of Appleby’s traveling assistant Sophie Chretien.

“Everything went fine. The horses are good and feel good,” Chretien said. “We just went for a jog to stretch their legs and show them a bit of daylight after being in quarantine. Everybody was happy. They are horses that will suit their races. Creative Flair was here last year, so she knows America.”

With The Moonlight, a two-time winner by Frankel , was 11th last out in the June 5 Cazoo Oaks (G1). Nations Pride, by Teofilo , won the Jumeriah Derby at Meydan Racecourse in his 3-year-old debut before winning a listed stakes at Newmarket. He last raced when eighth in the Cazoo Derby (G1).

“With The Moonlight is a big, scopey filly,” Chretien said. “I think Nations Pride should fit American tracks. He ran in Dubai and won there.”