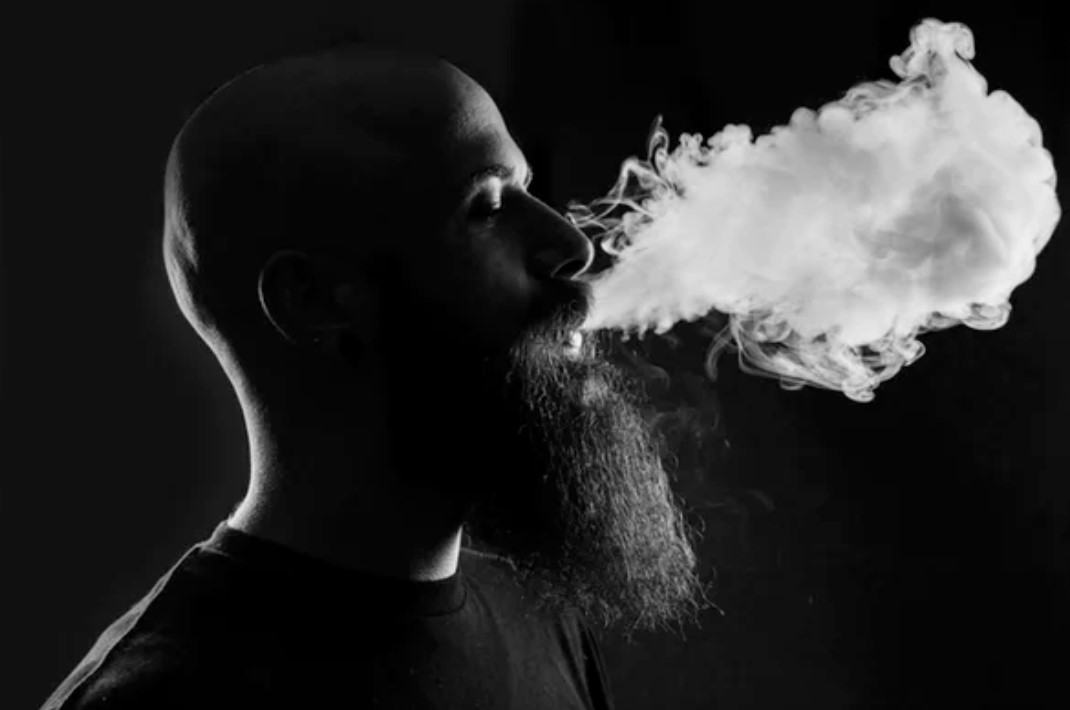 An Illinois resident who was hospitalized after suffering severe respiratory illness related to vaping has died, state health officials reported Friday. In addition, the number of reported cases of people who have used e-cigarettes or vaped and have been hospitalized with respiratory symptoms has doubled in Illinois this past week, state health officials said in a release. Details were not available on the person who died.

“Yesterday we received a report of a death of an adult who had been hospitalized with severe unexplained respiratory illness after reported vaping or e-cigarette use,” Dr. Jennifer Layden, chief medical officer for the Illinois Department of Public Health, said during a media briefing Friday afternoon with federal health officials.

A total of 22 people in Illinois, ranging in age from 17 to 38, have experienced respiratory illness after using e-cigarettes or vaping. The Illinois Department of Public Health (IDPH) is working with local health departments to investigate another 12 suspected cases, the agency said.

“The severity of illness people are experiencing is alarming and we must get the word out that using e-cigarettes and vaping can be dangerous,” Dr. Ngozi Ezike, director of the IDPH said in a statement Friday. “We requested a team from the Centers for Disease Control and Prevention to help us investigate these cases and they arrived in Illinois on Tuesday.”

On Friday, CDC officials updated its tally of such cases to 193, spread across 22 states. These cases have emerged in a relatively short timeframe — from June 28 through Aug. 20, agency officials said during a media briefing. No age group is immune: E-cigarette users ranging from teenagers to middle-aged adults are falling ill with respiratory symptoms that include coughing, shortness of breath and fatigue.

Some patients have had so much trouble breathing that they wound up on a ventilator in their hospital’s intensive care unit (ICU), said Dr. Albert Rizzo, chief medical officer for the American Lung Association.

“We do have to be careful [to say] that this has not been linked to any specific device, or any specific chemical that might exist in a device,” Rizzo said. “The commonality is it’s mainly young people who’ve supposedly been vaping who ended up having respiratory symptoms.”

The respiratory symptoms appear to be caused by inflammation that causes the lungs to fill with fluid, said Dr. Karen Wilson, vice chair of clinical and translational research for the Jack and Lucy Clark Department of Pediatrics at the Icahn School of Medicine at Mount Sinai, in New York City. Testing shows that the inflammation is not caused by an infection, leading doctors to seek another explanation for lung irritation, Wilson and Rizzo said.

Wilson first became aware of these cases a month ago, when the teenage son of a family friend wound up in the ICU with lung injuries possibly linked to vaping. The 17-year-old is improving, and his prognosis is good, Wilson said.”In general, I think kids are recovering from this, but it’s hard to say if there’s going to be any long-term risk of lung injury or asthma or other illness,” Wilson said.

E-cigarette vapor contains many ingredients that could cause lung irritation, such as ultrafine particles, oil, and heavy metals like nickel, tin and lead, Rizzo said. Flavored vapor also can contain diacetyl, a chemical linked to a condition called “popcorn lung,” Rizzo noted. The condition is so named because more than a decade ago workers in a microwave popcorn factory developed lung ailments after breathing in butter-flavored diacetyl.

In popcorn lung, the tiny air sacs in the lungs become scarred, resulting in the thickening and narrowing of the airways, the American Lung Association explained. There’s also the possibility that heavy levels of nicotine are affecting the lungs, Rizzo added. “One of the more common e-cigarettes contains as much nicotine in a pod as in a whole pack of cigarettes,” Rizzo said. “It’s very hard to smoke a pack of cigarettes in 15 minutes. You can ingest a whole pod by vaping in 15 minutes.”

The CDC has also noted that recent marijuana use could be a factor.

“In many cases, patients have acknowledged recent use of tetrahydrocannabinol [THC]-containing products while speaking to health care personnel or in follow-up interviews by health department staff,” the agency said. THC is the chemical in pot that gives users a high.

Wilson believes that parents should make sure their teenagers aren’t vaping, and also refrain from vaping in the presence of kids, to prevent secondhand exposure.