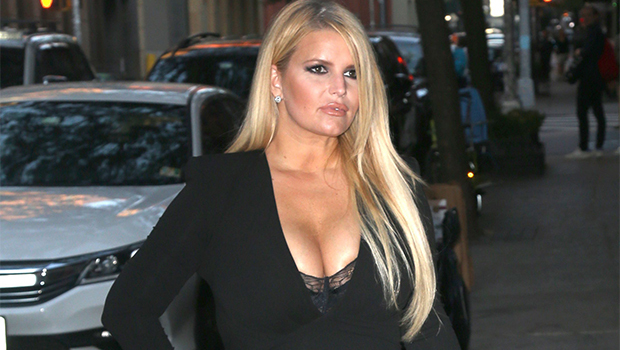 Jessica Simpson Reveals HeartbreakingBattle With Addiction After Sexual Abuse:‘I Was Killing Myself’

In a preview of Jessica Simpson’s upcoming memoir, the singer opens up for the first time about being sexually abused, as well as her battle with addiction before she bravely decided to get sober in 2017.

Jessica Simpson is making a big reveal about her past, which she’ll expand on even further in her upcoming memoir, Open Book. People has obtained excerpts of the book, which will be released on Feb. 4. In the autobiography, Jessica recalls becoming dependent on alcohol and drugs, and admits that she was warned that she could die. “I was killing myself with the drinking and pills,” she writes in the book. She also reveals, for the first time, that she was sexually abused as a child. This, along with the pressure of her sky-rocketing career in the late 90s and early 00s, is what pushed her to turn to drinking and pills.

Jessica says that the abuse began when she was just six years old and sharing a bed with the daughter of a family friend. “It would start with tickling my back and then go into things that were extremely uncomfortable,” she admits, per People. “I wanted to tell my parents. I was the victim, but somehow, I felt in the wrong.” It wasn’t until Jessica was 12 years old that she finally opened up to her parents, Tina Simpson and Joe Simpson about what was happening. “Dad kept his eye on the road and said nothing,” she writes. “We never stayed at my parents’ friend’s house again, but we also didn’t talk about what I had said.”

It wasn’t until 2017 — when she was married with two kids — that Jessica decided to get sober. She hasn’t had a drink since November of that year. “Giving up the alcohol was easy,” she says. “I was mad at the bottle. At how it allowed me to stay complacent and numb.” She explains that she hit “rock bottom” during a Halloween party that fall, which is what pushed her to turn her life around.

Jessica’s friends and family rallied around her after she made the decision to get sober. She now goes to therapy twice a week, and credits her parents and team of doctors with keeping her on track. “When I finally said I needed help, it was like that little girl that found her calling again in life,” she admits. “I found direction and that was to walk straight ahead with no fear.” Jessica gave birth to her third child, a daughter, Birdie, in 2019.