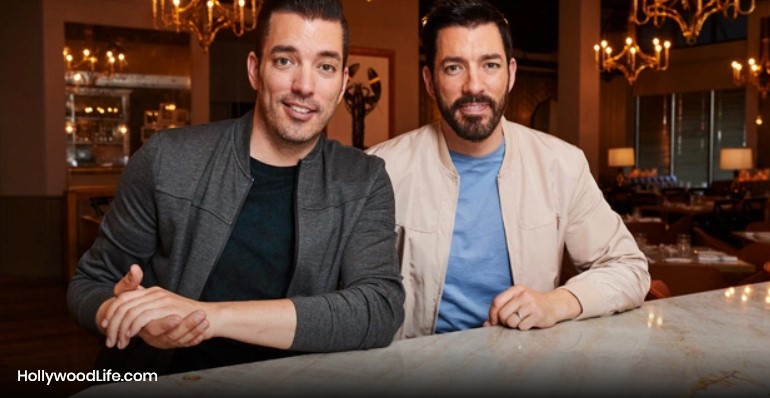 Property Brothers stars Jonathan Scott, 41, and Drew Scott, 41, revealed some cool details about their work on the new HGTV series A Very Brady Renovation, which shows the builders renovating the old home from the sitcom The Brady Bunch, which aired from 1969 to 1974, and talked about what made it special, in an EXCLUSIVE interview with HollywoodLife. The twin brothers were at an event promoting their new book, Builder Brothers: Big Builders, which is on sale now, when they touched upon how they got involved in the once-in-a-lifetime opportunity.

“This was the largest residential project we have ever done,” Jonathan admitted EXCLUSIVELY. “We originally were trying to buy that house because the developers were going to come in, they were going to flatten it. Lance Bass had put an offer on the house as well. And then HGTV called and said they want to buy the house, and so we will and they wanted us involved and we’re like, ‘This is amazing’ because nobody would do it right like HGTV.”

Drew also touched upon the experience and how Lance was thrilled to see them doing the project “right”. “Lance is a friend of ours and I think he also didn’t want somebody just to come in and demolish the house and build a McMansion,” he explained. “So for him to see that it’s being done right, the way we brought back everything you saw from on the TV show in the house now. Even from the front, the aesthetic where it’s a split level home but inside we built a two story but it didn’t change the front aesthetic. We definitely did things right. Way through until the finale. And there’s some surprises in the finale, like it’s wild and emotional.”

Jonathan went on to say that the exciting project is one of the projects he and Drew are most proud of working on in their careers, especially because of their determination in getting even the smaller details correct. “This is one of them because I know so many Americans out there, so many people all around the globe have watched The Brady Bunch,” he enthused. “I even, we had a hard time finding some of the original pieces. There was actually one, a tree. It was to the left of the door as you look, it’s this tree that’s always been there and it’s Australian fern palm and we couldn’t find it, nurseries and anything. I was walking down the street by the house and there was a neighbor who had it in their house. So I actually went over and I said, ‘Hi, do you mind if I take your 10 foot tree?’ And she let me have it.”

A Very Brady Renovation premiered on HGTV on Sept. 9 and the season features all six of the surviving cast members of the original Brady Bunch, including Barry Williams, Maureen McCormick, Christopher Knight, Eve Plumb, Mike Lookinland, and Susan Olsen.