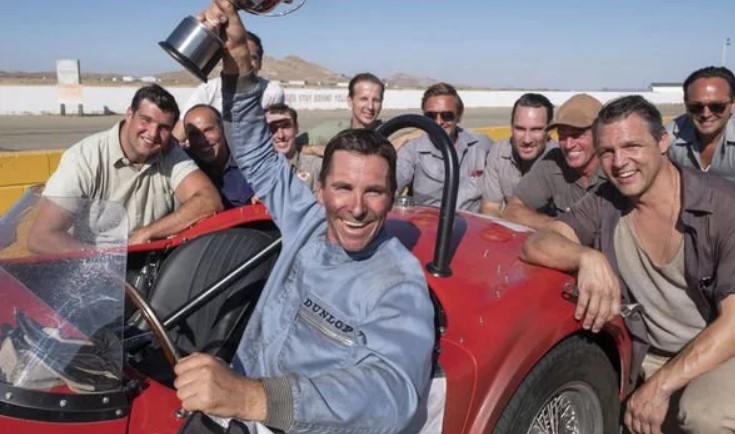 LE MANS ’66 is the latest car film starring Matt Damon – here’s everything we know so far. Le Mans ’66 is the racing movie to rival all racing films. Starring Matt Damon and Christian Bale, the movie follows the race to create the fastest car. The film is called Ford v Ferrari elsewhere, but in the UK the film’s focus is on its racers and their journey.

When is Le Mans ’66 released in cinemas?

Le Mans ’66 will be released in the UK on November 15. The film was first premiered at the Telluride Film Festival before it played at Toronto International Film Festival and Telluride at Dartmouth. It is currently doing the rounds at other film festivals before its final festival screening at Chicago International Film Festival, on October 18. Following the festival circuit, it will open first in France, where 24 Hours of Le Mans takes place, on November 13, before it opens across the world from that date until its final opening in Japan on January 10, 2020.

Matt Damon and Christian Bale star as legendary racers and racing car designers Carroll Shelby and Ken Miles. Shelby won the 1959 24 Hours of Le Mans, but retired the following year and began manufacturing his own cars. He then joined with Ford to make racing cars which became world-changing, along with racing driver and co-designer Ken Miles, who is played by Christian Bale. Miles was a key member of the Shelby/Cobra race team in the early 1960s, before Shelby partnered with Ford, and was key in helping them develop the car which they took to 24 Hours of Le Mans in 1966.

Also in the cast of Le Mans ’66 is Caitriona Bale as Mollie Miles, Miles’ wife, and Noah Jupe as their son Peter. On the Ford side is Tracy Letts as Henry Ford II, the CEO of Ford, along with Jon Bernthal as Lee Iacocca and Josh Lucas as Leo Beebe, who are top-ranking Ford executives. Ray McKinnon plays Phil Remington Jack McMullen plays Charlie Agapiou and JJ Feild plays Roy Lunn, all of whom are engineers on the project. Supporting characters are played by Remo Girone, who plays Enzo Ferrari, Benjamin Rigby as Bruce McLaren, Alex Gurney plays his father, racing legend Dan Gurner, Corrado Invernizzi plays a Ferrari executive and Wallach Langham plays Dr Granger.

There is a trailer for the film, which shows Miles and Shelby testing, driving and arguing over their car. They are also seen wrestling with the corporate world as they try to innovate while keeping other happy. Fans can get a taste of what to expect from the movie in the trailer.

Le Mans ’66 follows Carroll Shelby as he tries to build a racing car for Ford which will rival and beat Ferrari. Of course, the course of creating an incredibly fast car which can endure a 24 hours race will never run smooth – especially when they have barely any time to do it. Shelby enlists the help of his Cobra team, including a controversial figure for the Ford corporation – Ken Miles.