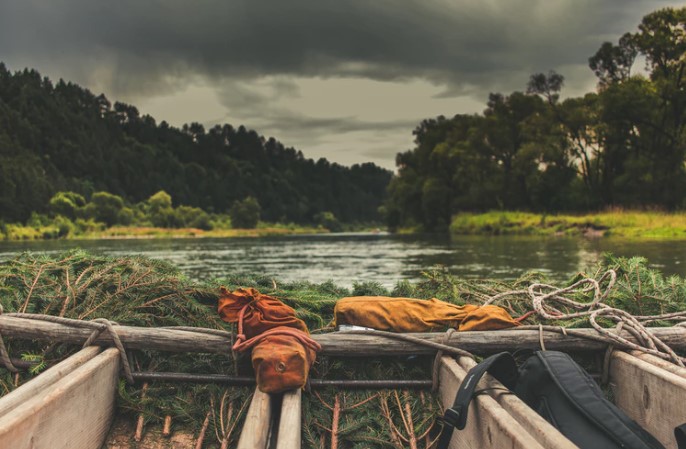 A few years ago, I read reports of an indigenous tribe living deep in the Amazon rainforest whose members had hardly any evidence of heart disease. In fact, the researchers concluded after a year-long study that the Tsimane, as they are called, had the healthiest hearts in the world, a title previously held by Japanese women.

Preventing heart disease is a topic I think about all the time, given my own significant family history of heart disease. Like many people, I worried that it was inevitable for me. So last summer, I decided to travel to Bolivia, one of the poorest countries in South America, to learn what they could teach me and the rest of the world about preventing heart disease.

Getting to the Tsimane wasn’t easy. After flying into La Paz, the highest capital city in the world at nearly 12,000 feet above sea level, we took a small prop plane to Rurrenabaque, a small town in the lowlands of northern Bolivia, along the Beni River and at the edge of the Amazon rainforest. We drove 4×4 trucks as far as we could into the forest and then jumped into dug-out canoes and made our way down the rivers and streams of the Amazon.

We knew the Tsimane lived in small extended family clusters of 60 or so people along the banks of the river. We finally found one of the villages just as the sun was starting to set. Having traveled to more than 100 countries around the world, it is particularly exhilarating for me to find places that are still so different than any I have seen, as was the case deep in the Amazon.

That night, we set up our tents in the middle of the village and began our life as Tsimane. Thatched huts surrounded us, with no electricity or modern conveniences. One day, I pulled out my iPad, tapping and swiping through the screen, and the Tsimane were slack-jawed and wide-eyed, looking at me like I was a sorcerer.

I went foraging with the women, hunting and fishing with the men, and played soccer with the kids. My goal was to learn the secrets of those with the healthiest hearts in the world, and I approached it by focusing on the big three: diet, activity and rest.

As far as diet goes, my expectation was that theirs would be a sort of “paleo” diet, with up to 65% of their calories from animal meat. Instead, I found nearly the opposite: The Tsimane get most of their calories from carbs. Foods such as plantains, cassava, rice and corn make up nearly 70% of their diet. This type of diet is born out of necessity in the Amazon, because farmed food is more certain, especially during a poor hunting season.

As you might also imagine, the food there is not processed or refined, lacking any added sugars or salts. All-natural carbs are the mainstay of the healthy-hearted Tsimane, along with around 15% fat and 15% protein. Additionally, the diet provides twice as much fiber as the standard American diet, according to an article in the Lancet medical journal. Their diet has lots of micronutrients, such as selenium, potassium and magnesium, coming from their farmed food. Spending time with the Tsimane, I also learned from talking to them and from my own observations that intermittent fasting was part of the culture, not because it is fashionable but because of food scarcity.

Nearly all of their waking hours, the Tsimane are standing or walking. Again, assumptions about a hunter-gatherer society might have you envisioning a group of men with bows and arrows, sprinting through the forest after their prey. Typically, though, the hunts would be long, slow affairs. The Tsimane spend lots of time walking and tracking — outlasting the animals, not outrunning them. If the hunters do get meat, they really worked for it, walking miles over the course of hours.

And the traditional farming and foraging, mostly done by the children and women, would similarly be all-day affairs. On average, the Tsimane take about 17,000 steps a day. While there is so much advice we all get about the optimal types of exercise — cardio, high-intensity interval training (aka HIIT), resistance training — those with the healthiest hearts in the world are constantly active but not intensely active. And they hardly ever sit.

With my little tent set up in the middle of the Tsimane village, I also got a pretty clear idea of how they rest. It was a predictable schedule that was entirely based on light. As soon as the sun went down in the late evening, people retired to their huts, and within half an hour, I heard deep breathing and snoring all over the camp. Turns out if you don’t have a device to stare at, you tend to sleep early and deeply. Around nine hours later, with the call and answer of the rooster in the distance, the camp would start to stir and another day of hunting, gathering — and soccer playing — would begin.

The social fabric of the Tsimane was strong, with lots of laughing, chatting and sharing. There is no doubt this socialization, and lack of loneliness, is also protective against heart disease, as we have seen in countless studies around the world, including the famous Roseto study in the United States.

And I would be remiss if I didn’t mention one other factor somewhat unique to the Tsimane, living in the Amazon environment: parasites.

Nearly everyone who lives there has some sort of parasitic infection such as hookworm, roundworm or giardia, according to the Lancet article. In a sense, the Tsimane cohabitate with these parasites most of their lives. Yes, that sounds disgusting, but keep in mind, it is how we humans lived for nearly all of our existence. And given that so many chronic diseases, including heart disease, are often ignited or worsened by our own immune systems, it is possible that the parasites in the bodies of the Tsimane help regulate their immune systems and protect their hearts.

Now, I realize you are probably not going to go out and purposely get a parasite infection anytime soon, but the lesson here is that our self-imposed hygienic bubbles may actually be doing us more harm than we realize. Those with the healthiest hearts in the world aren’t afraid to get a little dirty.

If you look up the lifespan of the Tsimane, you will find that it is much shorter than those living in the United States. Trauma, animal and snake attacks, infections and childbirth all bring down life expectancy in the Amazon rainforest. But up until the day they die, the Tsimane are often very healthy.

While heart disease kills hundreds of thousands of Americans every year and costs nearly a billion dollars a day, the Tsimane remind us that wealth doesn’t necessarily buy health and that simple solutions surround us, if we just take the time to notice.