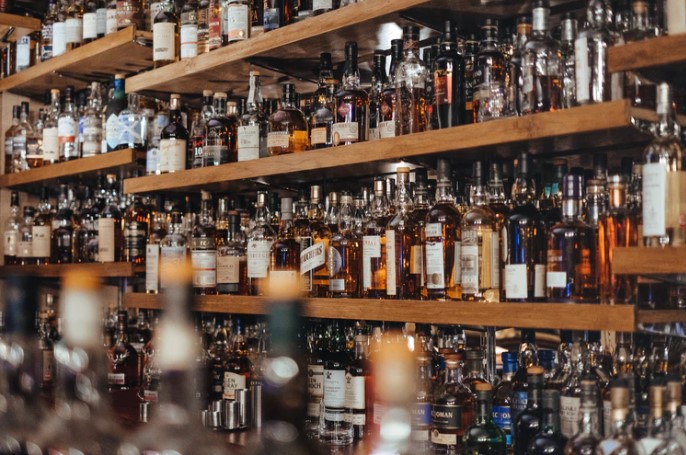 Methanol-Tainted Alcohol Could It Happen Here

The number of suspected deaths from tainted alcohol in Costa Rica has climbed to 20 since early June, according to the country’s Ministry of Health. Officials there have issued a health alert and seized about 30,000 containers of products suspected of having been contaminated with methanol.

While Costa Rica is the latest country to report deaths from tainted alcohol, the problem is widespread. Numerous countries have reported methanol poisoning outbreaks, including India, Norway, Turkey, and Uganda, the World Health Organization says. Fatality rates have sometimes surpassed 30%.

Could the same thing happen in the U.S., and can overseas travelers protect themselves from tainted alcohol?

Experts say while it could happen anywhere, it is unlikely here due to federal and state controls. And travelers who follow a few simple tips can cut their risk of drinking contaminated alcohol, they say.

Methanol is a widely available chemical, used as a solvent and a fuel, but is also found in trace, nontoxic amounts in fruit juices, according to the World Health Organization. It’s also a product of fermentation and is found in both alcoholic and nonalcoholic fermented drinks.

The low amounts normally found in beer and spirits are not harmful; but problems happen when higher concentrations of methanol form during distillation processes done incorrectly, or when someone adds methanol to drinks illicitly, the WHO says.

Methanol becomes toxic when the it metabolizes to formaldehyde and formic acid in the body. When these build up in the blood, the drinker may become drowsy and unsteady — but may assume those are just the effects of the alcohol, not the excess methanol. Later, vomiting, headache, abdominal pain, and vision problems may happen, along with convulsions, coma, and death. Treatment is aimed at preventing further metabolism of the methanol, but some victims seek help too late.

Alcohol and Tobacco Tax and Trade Bureau Weighs In

A report of a methanol poisoning outbreak in Kentucky that killed six people was published in a medical journal in 1968. But such a poisoning is ”highly unlikely” to happen in the U.S. today ”unless consumers are purchasing outside the normal distribution chain,” says Tom Hogue, a spokesperson for the Alcohol and Tobacco Tax and Trade Bureau (TTB) of the U.S. Department of the Treasury.

Federal, state, and local laws regulate how alcohol is made and sold in the U.S. The bureau’s role is to protect the public by enforcing federal alcohol laws, which say that only qualified people can be in the alcohol beverage industry.

The bureau has a role or a presence in every part of the alcohol manufacturing process, Hogue says. That might be a permit for a winery, brewers’ notices for beer, or permits for wholesalers. There is, he says, ”a chain of custody running from producer down to the retailers.”

The FDA has jurisdiction as well, Hogue says, because alcohol is regulated as a food. And if a product requires a formula — because an exotic ingredient is added, for instance — the producer needs approval from the TTB, Hogue says. While some alcohol, such as bourbon or gin, has a ”standard of identity,” he says, any product that does not needs to send the TTB the formula.

And if that formula does not include ingredients generally recognized as safe by the FDA, Hogue says, “if we have questions, we will reach out to the FDA and ask, ‘Is this safe in conjunction with alcohol?’ ”

While methanol poisoning could happen anywhere, it would be unlikely in the U.S. since the perpetrators would have to bypass the TTB, says Kemal Canlar, founder of SafeProof.org. Canlar launched the nonprofit, which lobbies against counterfeit alcohol, in 2017 after ordering his usual martini and realizing it wasn’t the brand he ordered.

The site alerts readers to incidents such as the Costa Rica methanol poisonings as well as to what Canlar says is much more likely to happen in the U.S.: fraudulent practices such as bars and restaurants diluting alcohol or switching an order to an inferior brand. On the site, consumers can search by the name of a bar or restaurant to see if there are reports of those businesses doing something fishy to alcohol.

In Costa Rica, until the warning is lifted, the Ministry of Health has urged consumers not to drink or acquire six brands of alcohol: Guaro Montano, Guaro Gran Apache, Aguardiente Estrella Roja, Aguardiente Baron Rojo, Aguardiente Timbuka, and Aguardiente Molotov.

Canlar has other tips for drinkers:

”Stick to a brand you are familiar with, that your taste memory knows.”

If possible, order the drink at the bar and watch the bartender make it.

Have the first drink “neat” (without ice), as a shot, or with club soda.

Smell it, and have a sip. “If anything seems suspicious, stop.”