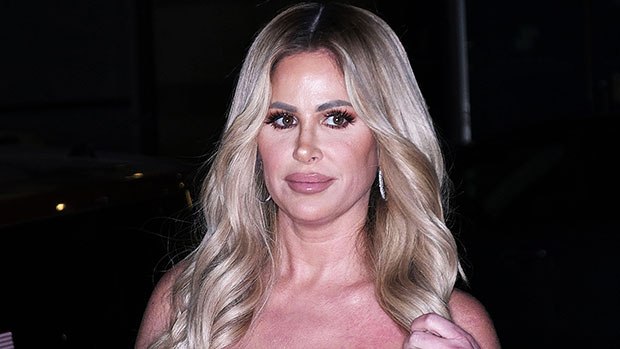 The Biermann’s are officially relocating! Kim Zolciak plans to pack up her family and head to Arizona, where she, husband Kroy and their 4 ‘littles’ will soon reside, HollywoodLife has learned. The family is very excited for a new change of scenery!

Kim Zolciak-Biermann is moving on to bigger and better things! The Don’t Be Tardy star, 41, plans to move her family to Arizona and it’s her daughter Ariana Biermann who was the catalyst for her decision. The 18-year-old, who recently committed to Arizona State University, will soon pack her bags to begin her freshman year at college this fall. — Something Kim previously told HollywoodLife she was having a tough time with.

“The Biermann family plans on moving over the summer or in the late spring to Arizona,” a source close to the family tells us, exclusively. “What started out as a joke, and then a potential thought, quickly became serious,” the insider said, explaining that “Kim is having a lot of trouble with the idea of Ariana going away to college and she feels like nothing is tying her to Atlanta anymore.” So, why not relocate?

“Ariana is going to go to ASU in the fall and she wants to be close to her,” the source says, noting that “Kim is really ready for a change and she loves it there anyways, so it worked out. It was really hard for her when Brielle [Biermann, 22] moved and Ariana is so helpful with the kids, too.”

While Kim and her husband Kroy Biermann have decided to leave Atlanta, their moving plans are still a work in progress.

“They’ve been looking at homes in a few different areas and are getting close to buying,” the source reveals. “They’ll probably still have a place in Atlanta, however, Arizona will be their main hub. The details of it all are still being worked out. Kim’s excited — the whole family is.”

The move will consist of Kim and Kroy, 34, and their four remaining kids who live at home. With Ariana heading to ASU in the fall, and Brielle already moved out and in her own residence, it will be KJ, 8, Kash, 7, and twins, Kaia and Kane (both 6), who will make the move to Arizona with mom and dad.

Kim previously told HollywoodLife that she proposed to Ariana the idea of living with her after high school.

“You know, it’s a catch 22 for me as a parent because I want her to go to college. I always knew she would go, she wants to travel the world, but it’s like, ‘Sweetie, why can’t you just live with me forever?’ Like, what’s wrong with that? She’s like, ‘F**k no,’” Kim recalled back in November.

Kim’s plan to move away from Atlanta may come as a shock to many fans, who were first introduced to her as a regular on The Real Housewives of Atlanta. However, she’s since moved past the show and the drama that comes with it after her season 5 departure.