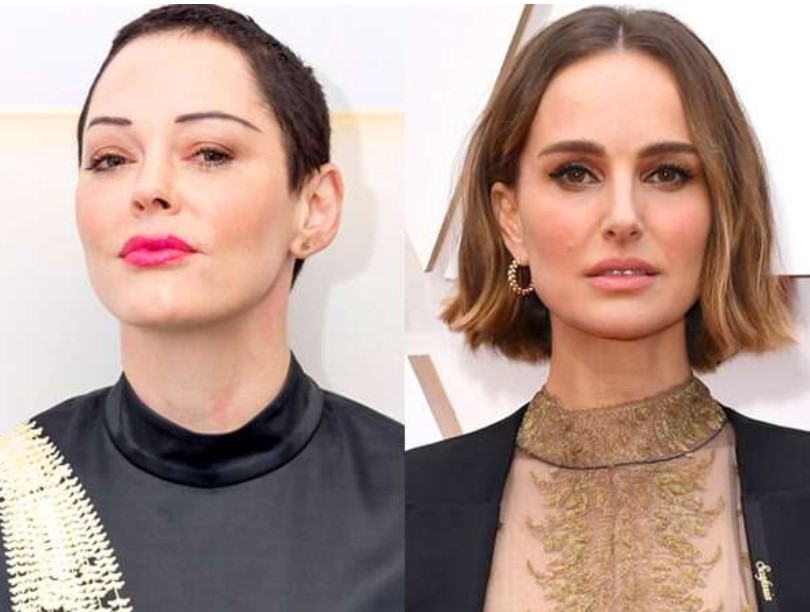 “I agree with Ms. McGowan that it is inaccurate to call me ‘brave’ for wearing a garment with women’s names on it,” Portman said in a statement obtained by E! News. “Brave is a term I more strongly associate with actions like those of the women who have been testifying against Harvey Weinstein the last few weeks, under incredible pressure.”

It continued, “The past few years have seen a blossoming of directing opportunities for women due to the collective efforts of many people who have been calling out the system. The gift has been these incredible films. I hope that what was intended as a simple nod to them does not distract from their great achievements.”

“It is true I’ve only made a few films with women. In my long career, I’ve only gotten the chance to work with female directors a few times. I’ve made shorts, commercials, music videos and features with Marya Cohen, Mira Nair, Rebecca Zlotowski, Anna Rose Holmer, Sofia Coppola, Shirin Neshat and myself.”

“Unfortunately, the unmade films I have tried to make are a ghost history.”

“As Stacy Smith of USC has well documented, female films have been incredibly hard to get made at studios, or to get independently financed. If these films do get made, women face enormous challenges during the making of them. I have had the experience a few times of helping get female directors hired on projects which they were then forced out of because of the conditions they faced at work.”

“After they are made, female-directed films face difficulty getting into festivals, getting distribution and getting accolades because of the gatekeepers at every level.”

“So I want to say, I have tried, and I will keep trying. While I have not yet been successful, I am hopeful that we are stepping into a new day.”

Rose McGowan has some thoughts about Natalie Portman’s Oscars tribute.

On Sunday night, the Black Swan star attended the 2020 Oscars wearing a Dior gown along with a matching cape. The cape had extra meaning to Portman, who has been an advocate of the Time’s Up movement, because it had the names of the female directors snubbed this year by the Academy Awards stitched on it.