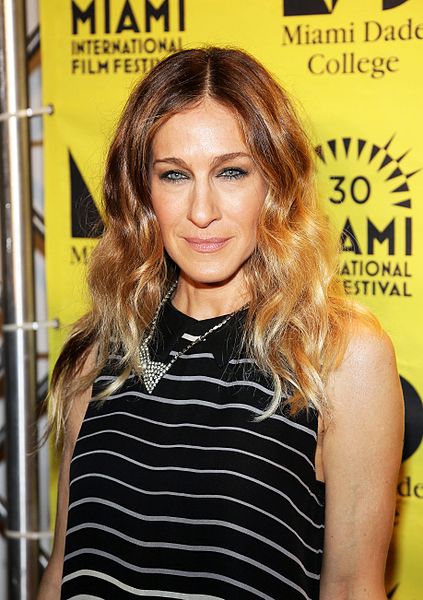 The 21st anniversary of Sex and the City’s premiere may be right around the corner, but time hasn’t diminished the appeal of Sarah Jessica Parker’s iconic character, Carrie Bradshaw. She of the pink tutu and fearless outfits remains influential, even with the actress who portrayed her. In London last night to see a press night performance by husband Matthew Broderick during his West End debut in Kenneth Lonergan’s The Starry Messenger, Parker chose a look straight out of the Bradshaw playbook. Dressed in a black J. Mendel cocktail dress with a built in cape, she displayed her flair for drama and willingness to move beyond the basic eveningwear.

Reflective black lurex and a plunging neckline are tame compared to Carrie’s lace leggings and pastel furs. Still, real life isn’t an HBO dramedy. With her bold coral heels, turquoise gems, and outré little black dress, Parker was modern and impossibly chic. No need to queue up old episodes of SATC, all the fashion inspiration you need is right here.