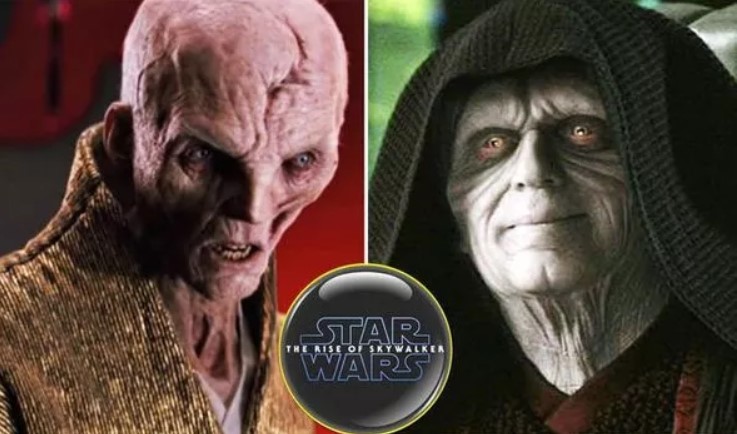 It’s a popular fan theory among Star Wars fans and now it may have been teased in an official new Snoke comic. Star Wars: Age of Resistance – Snoke #1 is out now and sees scenes of the Supreme Leader training Kylo Ren in the Dark Side of the Force. In one scene Snoke takes Ben Solo to Dagobah, right to the same Force Cave Luke ventured into in The Empire Strikes Back. But then both of them sense the presence of Skywalker himself.

Snoke then oddly speaks well of Luke, which confused Kylo, as the Supreme Leader seems to tease his own past. According to Screen Rant, Snoke says: “One of the most formidable Jedi began his training here.

“He has earned my respect and my fear.

“If I had your uncle by my side instead of you, the galaxy would have been mine a long time ago.”

This sounds much more like the sort of thing Palpatine would say, as this was his plan for Luke in Return of the Jedi. So could the Emperor have been using Snoke’s body as an avatar this whole time, now in need of a new one after being sliced in half by Kylo Ren in The Last Jedi? Meanwhile, how Palpatine survived may also have been revealed in the same Snoke comic. Back in Return of the Jedi, a redeemed Anakin Skywalker threw Emperor Palpatine to his apparent death.

Now in one of the comic’s scenes, Snoke tests Kylo Ren by Force suspending him over a cliff before letting him go. However, Ben Solo manages to stop and hover just above the ground by using the Force. Perhaps, Darth Sidious used the same move as Kylo Ren, but if so just where has he been for the last three decades?

Especially considering the Death Star II was destroyed and its wreckage appears in The Rise of Skywalker trailers. Well, perhaps he found a new body in Snoke?

Maybe the Supreme Leader was a host offered to him or a body grown. The latter may explain the injuries if they’re in fact markings of an incomplete rejuvenation?