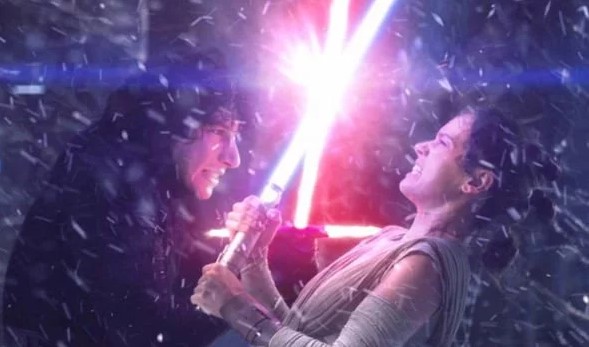 STAR WARS EPISODE 9 is still six months away but fan theories are running rampant. This wild theory speculates about all manner of fates in The Rise of Skywalker.

Reddit has long been a hotbed of speculation when it comes to major movies. Major franchise films like Star Wars and Marvel have benefited from a deeply devoted fan base who, in turn, feed the Reddit machine of speculation. Thus these movies grow even more important in our cultural subconscious – no matter how wild the theories.

What does the Star Wars: The Rise of Skywalker fan theory say about Palpatine?

A new theory posted to Reddit, and the subsequent comments, have given rise to a series theories, from the plausible to the incredible. The main theory speculates that Palpatine was teleported into the future by the blue force from the generator into which he was thrown by Darth Vader. The theory is simple enough, if unprecedented. The writer added that if this is the case the Palpatine laugh fans heard comes from him directly – not a recording, nor a force ghost. The Redditor added: “Maybe Palpatine is alive but super weak and dying.. he needs a force user to transfer his consciousness into using a Sith ritual.”

What does the Star Wars: The Rise of Skywalker fan theory say about Kylo Ren?

This sparked a second theory – that Palpatine is manipulating Kylo Ren and will, eventually, take him over. One fan suggested the helmet, which Kylo can be seen holding in the teaser, is the vehicle through which Palpatine seduces and manipulates Kylo. This theory led to yet another theory; the original post now has 79 comments. Once Kylo Ren is possessed by Palpatine, there is more chaos to come.

What does the Star Wars: The Rise of Skywalker fan theory say about Kylo Ren’s death?

The third theory speculates Kylo Ren, aka Ben Solo, will die at the hands of Rey. But his death isn’t quite as straightforward as some might think, given his and Rey’s tempestuous relationship. Redditor Kylionsfan wrote: “Imagine it. Kylo defeats but does not kill Rey. He grabs the Kyber.

“The same blue force that left the emperor when he “died” begins to swirl around him going into his body and you hear the emperor’s voice coming from Kylos body.

“Only the Emperor is weak and Kylo is very powerful so he is able to fend him off and break through from time to time.”

The user recalled The Force Awakens and Rise of Skywalker director JJ Abrams wanted to include Anakin as a force ghost who vacillated between presenting as Darth Vader and Anakin. The same principle can be applied, then, to Kylo as he battles between himself and Palpatine. The user continued: “How do you kill the emperor? Kill his vessel. Who can do that? Rey.

“She is standing there with a lightsaber. She is powerful. And Kylo? He feels true dark side evil for the first time and he hates it.

“It’s repugnant to him. For the first time, he gets what he has been asking for and he is scared straight.

“He repents at that moment and asks for death knowing that he can take the Emperor with him once and for all thus, saving the galaxy and redeeming himself.”

Grab your nearest box of tissues; if this theory proves remotely true, fans hoping for a Bendemption are in for a wild ride.