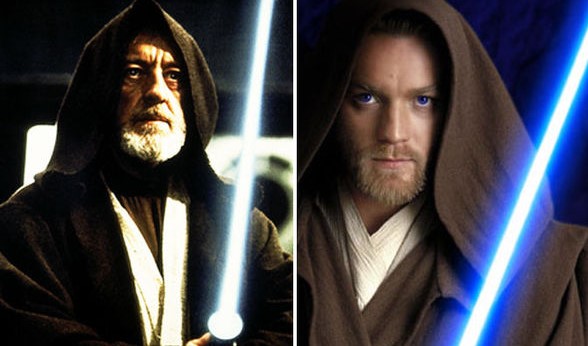 STAR WARS’ Obi-Wan Kenobi will get a solo outing from George Lucas, that will be shot in Northern Ireland, claims Boris Johnson. The former Foreign Secretary gave a speech at the DUP conference this weekend, as he continues his criticisms of Theresa May’s Brexit deal. Johnson let slip that the former head of Lucasfilm hopes to shoot an Obi-Wan Kenobi movie in Northern Ireland.

The 54-year-old said: “Which was the biggest grossing movie last year?

“Star Wars and where does George Lucas propose to make a follow up about Obi-Wan Kenobi? Northern Ireland.”

If true, this section of Johnson’s speech was a major leak for Disney. It’s long been rumoured an Obi-Wan Kenobi solo movie was in the works, even with Stephen Daldry attached to direct. But now it sounds like Lucas himself could be coming out of retirement for this project, which will no doubt star Ewan McGregor. Of course, it’s also possible that Johnson was referring to Lucasfilm when mentioning the Star Wars creator’s name, even though the director no longer owns the studio.

The Obi-Wan Kenobi movie may also have been cancelled or postponed following Solo’s poor box office performance this summer. Nevertheless, there is a new hope for fans in Disney+, the new streaming service from the House of Mouse. The Lady and the Tramp live-action remake is already set to be an exclusive there, while Marvel limited series will be shown here too. Perhaps future Star Wars solo outings, including one focused on Obi-Wan Kenobi, will find their home on Disney+ instead of at the cinema?

Meanwhile, McGregor has repeatedly said in interviews he would like to return for an Obi-Wan movie. Presumably, the film would be set after the events of Episode III: Revenge of the Sith and before Episode IV: A New Hope when he’s living in exile. Next April Star Wars Celebration takes place in Chicago, where the first teaser for Star Wars 9 is very likely to launch. If an Obi-Wan movie was on the cards this would be the perfect event to announce it at.