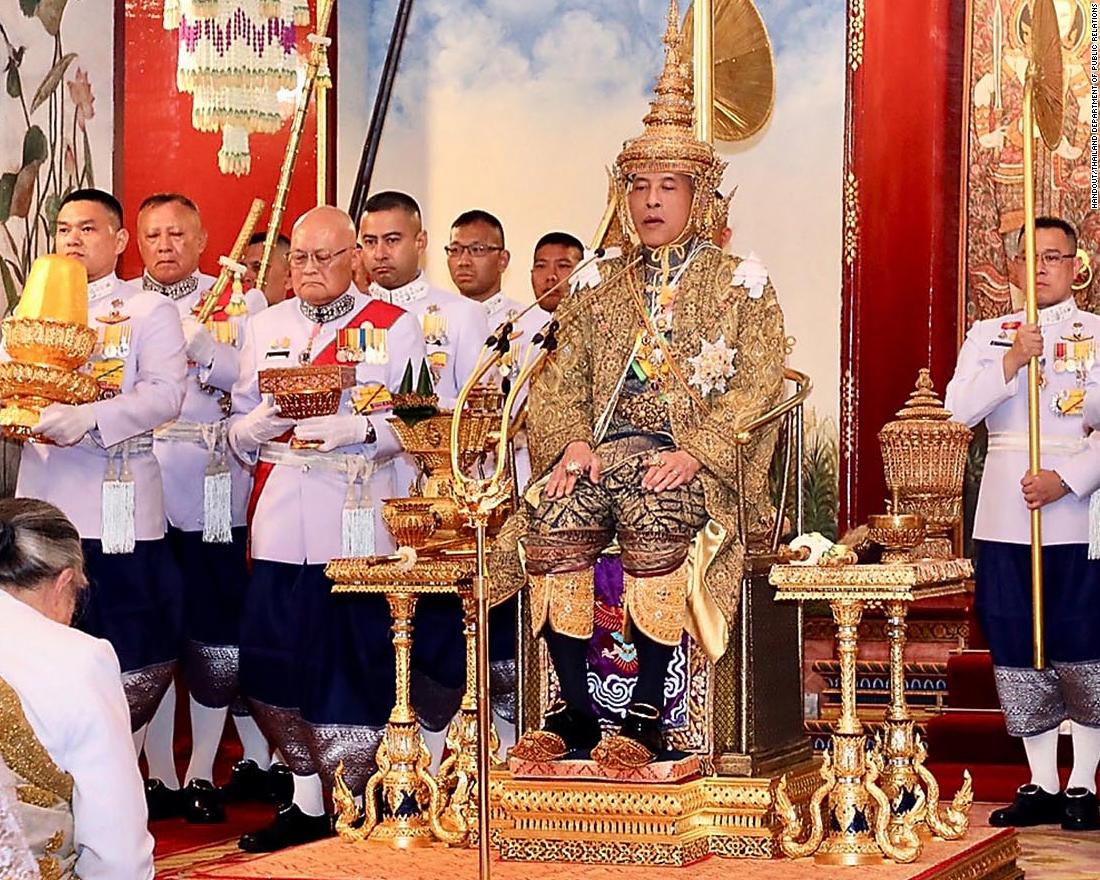 Thailand has crowned its new king in a $31 million three-day celebration that comes almost 69 years to the day since the last coronation. The coronation of 66-year-old King Maha Vajiralongkorn Bodindradebayavarangkun kicked off on Saturday, more than two years after he ascended the throne following the death of his father King Bhumibol Adulyadej, who was widely beloved and revered.

King Vajiralongkorn received a white, nine-tier umbrella as part of an hours-long ceremony, which marked the moment he became a fully-fledged King. Only a consecrated king is allowed to sit on a throne under the umbrella, which represents the King’s connection with heaven. The King wore a 7.3 kilogram (16 lb) crown and was bathed with holy water during parts of the ceremony, which featured incense, yellow flowers and auspicious oils.

He also delivered his first royal command as King, saying, “I shall continue, preserve, and build upon the royal legacy and shall reign with righteousness for the benefit and happiness of the people forever.” For the majority of Thai people, this weekend’s coronation of the 10th Thai King will be the first they have witnessed. The late King Bhumibol was crowned on May 5, 1950. Small crowds braved the oppressive heat, wearing hats and sheltering in the shade as they watched the coronation unfold on large screens around the Grand Palace.

“In many ways (the coronation) begins a new chapter in Thai history,” said Paul Chambers, from the College of ASEAN Community Studies at Thailand’s Naresuan University. “It legitimizes him, and it commences the reign formally.” Although Thailand’s monarchy hasn’t held absolute power in 86 years, it remains an influential part of Thai life. Pictures of the royals are widely displayed around Thailand and the country’s strict lese majeste laws make it illegal to defame, insult or threaten the king, queen, heir-apparent or regent.

The coronation comes amid an ongoing period of political instability in the country, which has had two coups in 13 years. In March, Thailand held a national election but its results remain unclear, with both major political parties claiming they are able to form a government. “The coronation can be seen as an event that would distract Thai people from the current political problems,” Chambers said. “People are very curious — they haven’t seen a coronation.”