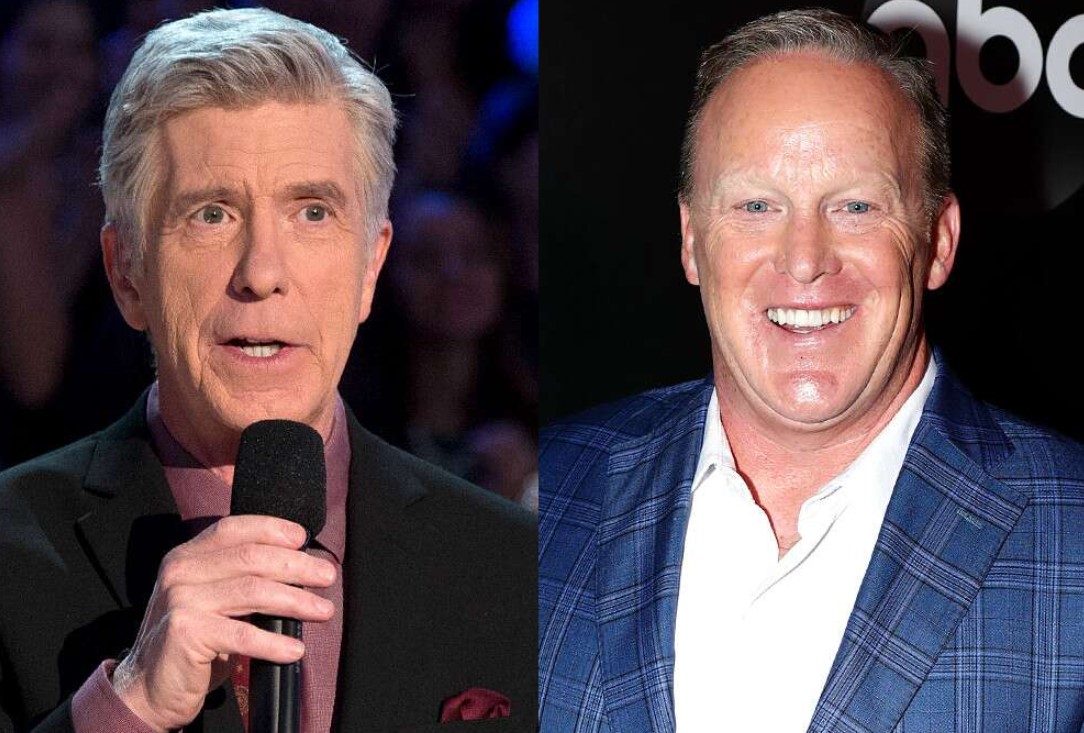 It’s safe to say Tom Bergeron won’t be giving this year’s Dancing With the Stars cast a perfect 10. Earlier this morning, Good Morning America announced the celebrities heading to the ballroom for season 28. Fans will be able to watch country music singer Lauren Alaina, Queer Eye’s Karamo Brown and The Bachelorette’s Hannah Brown dance their butts off for America’s vote. And yes, former White House press secretary Sean Spicer is joining the cast—much to the hesitation of Tom.

“A few months ago, during a lunch with DWTS’ new Executive Producer, I offered suggestions for Season 28. Chief among them was my hope that DWTS, in its return following an unprecedented year-long hiatus, would be a joyful respite from our exhausting political climate and free of inevitably divisive bookings from ANY party affiliations. I left that lunch convinced we were in agreement,” the longtime host shared on Twitter. “Subsequently (and rather obviously), a decision was made to, as we often in Hollywood, ‘go in a different direction.'”

He continued, “For me, as host, I always gaze into the camera’s lens and imagine you on other side, looking for a two-hour escape from whatever life hassles you’ve been wrestling with. That’s a connection, and a responsibility, which I take very seriously, even if I occasionally season it with dad jokes.”

While Tom didn’t name any contestants by name, many pop culture fans immediately began to speculate that Sean was the target of his post. And during an interview on SiriusXM’s EW Live, Tom said he would have left Sean out of the cast.

“[My preference] wound have been to avoid any political lightning rods. I think Dancing at its best is an oasis away from all the divisiveness and all of the stuff we are all wrestling with right now,” he shared. “And so that was a call they made and my job as host, to the best of my ability, is to be Switzerland for those two hours a week.”

Whether you agree with the casting decisions or not, Tom hopes viewers will still have plenty of reasons to tune in and enjoy a special show that brings more entertainment than drama.

“Hopefully, when Erin Andrews and I look into those lenses again on September 16, you’ll be on the other side looking back, able to enjoy the charismatic pro dancers, the unpredictable judges and the kitschy charm that has defined DWTS since 2005,” he shared on Twitter.