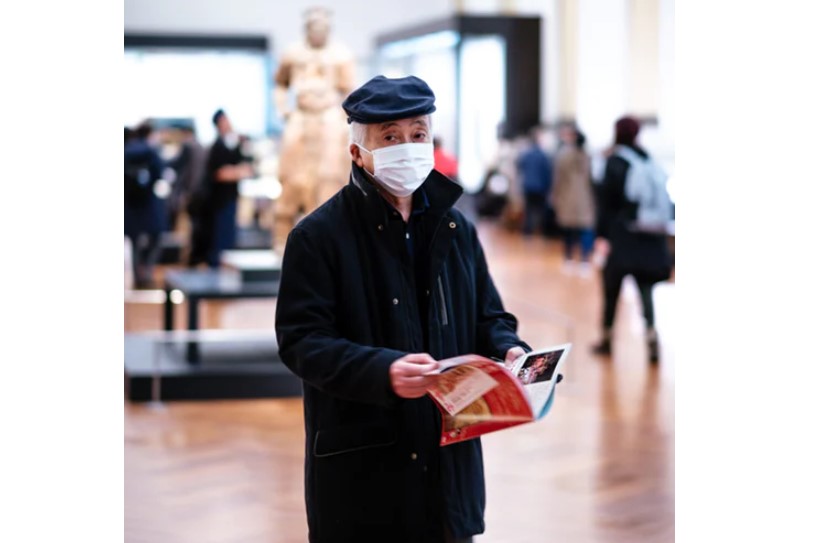 Who’s at Highest Risk for Coronavirus?

Viruses can strike one group more severely than another. The 1918 flu, which claimed 50 million lives worldwide, particularly affected young adults. The Zika outbreak that raged through Brazil in 2015-2016 had an especially devastating effect on pregnant women, attacking the brains of the fetuses they carried. COVID-19, the disease caused by the new coronavirus that originated in China, appears to get more dangerous with age, says Michael Mina, MD, PhD, an assistant professor of epidemiology at the Harvard T.H. Chan School of Public Health.

“There seems to be this threshold — below [age] 35 we’re seeing practically zero [cases],” he says. “As people increase in age from their 40s to 80s, we’re seeing mortality increase.”

The virus, which erupted late last year, now counts more than 80,000 cases and 2,700 deaths, the majority of them in China.

A study published Monday in The Journal of the American Medical Associationthat examined the first 45,000 cases in China found that 80% of the reported cases appear to be mild. The other 20% of those diagnosed had moderate, severe, or critical symptoms, including a hard time breathing, pneumonia, and organ failure. About 2.3% of overall infections have been lethal. Severe acute respiratory syndrome (SARS), a similar virus that started in China in 2002, also hit people over 60 the hardest. More than 8,000 people contracted the virus over 8 months, nearly 10% of whom died.

With COVID-19, so far children ages 1-9 account for just 1% of all Chinese infections, and none of the deaths, according to the JAMA study. Another 1% were ages 10-19.

Of people in their 70s who got the virus, 8% died, the study found, along with nearly 15% of those 80 and older. “Someone in their 80s has a pretty high risk of not leaving the hospital” if treated for COVID-19, Mina says.

Early data suggested that men were more vulnerable, as they accounted for just more than half the cases, according to the Chinese Center for Disease Control and Prevention. Infected men died twice as often as infected women. Mina says men might account for more cases because they were tested more often, but the “evidence is not strong to make any good conclusions.”

It’s possible, several experts told The New York Times, that because Chinese men are more likely than women to be smokers, they could be hit harder than women. A World Health Organization study from 2019 found that 47.6% of Chinese men smoke, compared to only 1.8% of Chinese women. Women also generally mount stronger immune responses than men.

People with heart problems, diabetes, or lung issues like COPD are also at a higher risk for severe disease and death, says Jeanne Marrazzo, MD, director of the Division of Infectious Diseases at the University of Alabama at Birmingham School of Medicine. She compared COVID-19 to viral pneumonias, which tend to have a worse effect on people who already have a weakened immune system.

Pregnant women do not seem to be impacted by this infection, though only a few have been carefully tracked so far. One study published recently in The Lancet found that nine women who became infected with COVID-19 did not pass the virus on to their babies, and Mina says that newborns seem to be spared the worst of the disease. “I think the numbers of young babies who have died have been extraordinarily small, compared to the number that have probably been exposed,” he says. “We’re just not seeing clinical illness.”

Scientists don’t know why children seem to be protected, even though as any parent knows, they are usually a carrier for disease. It could be that children’s bodies are better able to handle the effects of the virus, Mina says, or perhaps they have immunity from a previous, related viral infection, or the virus doesn’t replicate as well in them for some reason.

Health care workers also appear to be at particular risk. At least 1,700 have become infected while treating patients in China, most in Hubei province where the outbreak began. Overall, nearly 15% of cases among health workers were classified as severe or critical, and five have died, including Li Wenliang, a 34-year-old Chinese ophthalmologist who tried to raise an early warning about the disease.

Trying to Help, Getting Sick

Health care workers are likely to be particularly vulnerable, according to Mina, either because they did not realize the person they treated was infectious, did not wear protective gear perfectly with every one of the dozens of patients they treated, or because they were exposed when they thought they were safe, such as in dormitories where they slept. Being run-down from the fight didn’t help, he says.

Marrazzo says she’s particularly concerned about the previously healthy health care workers who are falling ill and dying. It’s possible they are sicker than average people because they have been exposed to patients with extremely high viral loads, she says, adding that she is concerned that the data from China may not be telling the full story about these workers.

To be prepared, Marrazzo says, people should keep up with news about where the virus is spreading and take the usual precautions to keep themselves as healthy as possible: getting enough rest, exercising, eating well, and getting the flu vaccine.

“Also, to be sure you’re in good shape to withstand an infection is even more important now,” she says. “We know that people who are generally healthier — not smoking, getting their vaccines, etc. — the boring preventive health stuff — those are the people who do best when they go to the hospital for surgery; they recover the quickest from surgery.”

Mina says that if he were 65 or older, he wouldn’t do any foreign travel that wasn’t absolutely needed right now “out of a pure abundance of caution,” saying that “if it’s totally just for fun, it’s not a horrible idea” to cancel or postpone a foreign trip.

He says it’s also better for people who aren’t feeling well to stay home from work, self-quarantining themselves to avoid passing illness on to others. Mina says he agrees with the U.S. CDC that the COVID-19 virus is likely to hit this country more heavily than it has, and spread through the community. It may, in fact, already be here, he says. The CDC has been relying on its flu detection system to pick up any cases of COVID-19, but he’s not convinced that works well enough.

Knowing who is most vulnerable to disease can help communities respond better if and when the virus arrives, Mina says. For instance, an 80-year-old with a lung condition should be treated aggressively from the start if they come down with the virus, rather than waiting until their condition worsens.

Mina says he would like to see a home-based test, like a pregnancy test, where people can tell if they’re infected without going to a hospital or clinic and risk spreading COVID-19 further. He says he’s also concerned that the U.S. hasn’t prepared enough for the virus to spread across the country, as he expects it to do at some point. “Rather than focusing so much on trying to quarantine and prevent this from spreading — it’s going to spread — all effort needs to be on what can we do to best prepare,” he says.