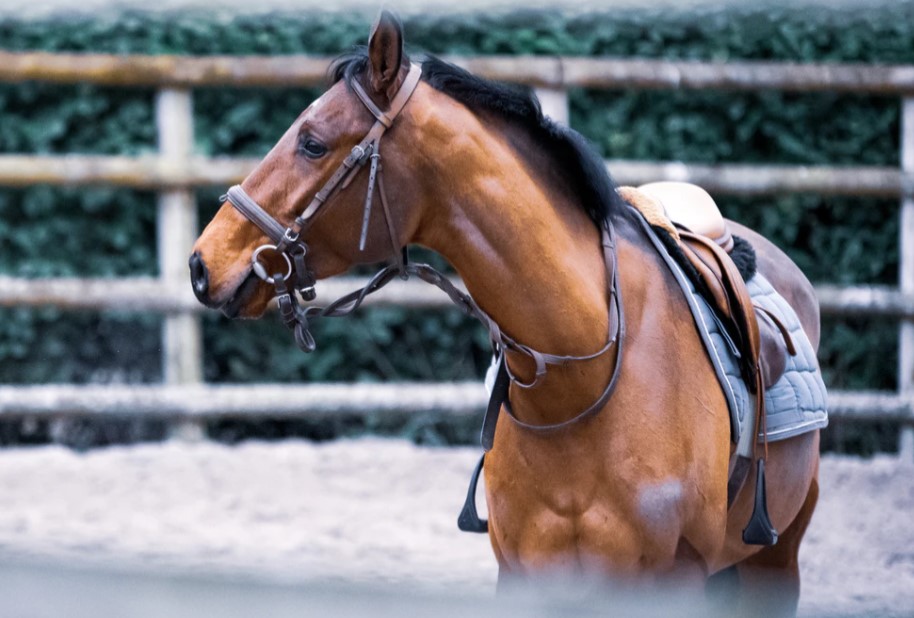 Your horse may be smarter than you think

Research suggests that horses are better able to interpret human gestures than previously thought, and some can even discern the credibility of information presented to them.

A study conducted at Kyoto University builds on previous work showing that horses can understand human pointing cues—following a gesture indicating the location of a treat, for instance. To determine whether horses can assess the quality of information presented by people, the Kyoto team designed an experiment using 54 riding horses. At the start of the study, the researchers used two buckets and a carrot to familiarize the horses with the experimental setting and determine whether they would follow a person’s pointing gesture to a hidden treat.

Only the 38 horses that responded to the pointing cue were used in the second phase of the study, which involved separate trials with each one. The buckets were positioned behind a screen, and a human “baiter” placed a carrot in one of the buckets. The horse could see the carrot before it was placed in a bucket, but because of the screen, could not see which bucket it went into. Meanwhile, two other people, called informants, stood nearby in plain sight for the horse. One informant (the “knower”) faced the buckets and could see where the carrot was dropped while the other (the “guesser”) faced the opposite direction, unable to see the buckets.

Next the screen was removed, and the “knower” pointed to the correct bucket while the “guesser” pointed to the other one. Both informants were careful to minimize body language, restricting their movements to those needed to deliver the pointing cues. The horses were then allowed to approach and choose a bucket. The researchers documented each horse’s choice of bucket, as well as his level of attentiveness throughout the trial—quantified by the position of his head. Each horse was tested only once.

“According to our results, it seems that horses perceive the pointing gesture as a communicative cue—the transfer of some information—and not simply as a command,” explains Monamie Ringhofer, PhD. “Because the horses followed the pointing of an informant who had the knowledge of the food hiding place more than the other informant who didn’t have the knowledge of the food hiding place. This is a sophisticated skill. Until now, only dogs were shown to have this skill.”

This study also shows that horses can perceive where people are directing their attention. This is a highly developed socio-cognitive ability, the researchers say, likely developed over centuries of domestication.

“Although further investigations are required to understand the ability of horses to comprehend the mental state of humans, the current study provides evidence that horses pos- sess some cognitive basis for the ability to understand the knowledge state of humans and suggests the existence of the basic ability of horses to attribute mental states to humans,” says Ringhofer. “The historical and daily interaction of horses with humans might be the reason for their high socio-cognitive abilities.”

However, Ringhofer notes, following a pointing cue to find a treat is one thing, while trusting a human pointing into a dark trailer is another.

“Horses are cautious and sensitive animals,” she says. “I think it’s easier for them to follow (trust) humans in a situation like in this experiment which the horses have an expectation of obtaining food—in other words, they can benefit by trusting humans. I think entering a trailer is a totally different situation compared to obtaining food, for horses and other animals.”

Nevertheless, Ringhofer hopes that owners will apply the findings of this study in their daily handling of horses. “For example,” she says, “people should keep in mind and be careful that horses are quite sensitive to our attentional state and gestures.”

Original article: Your horse may be smarter than you think – Equus Magazine