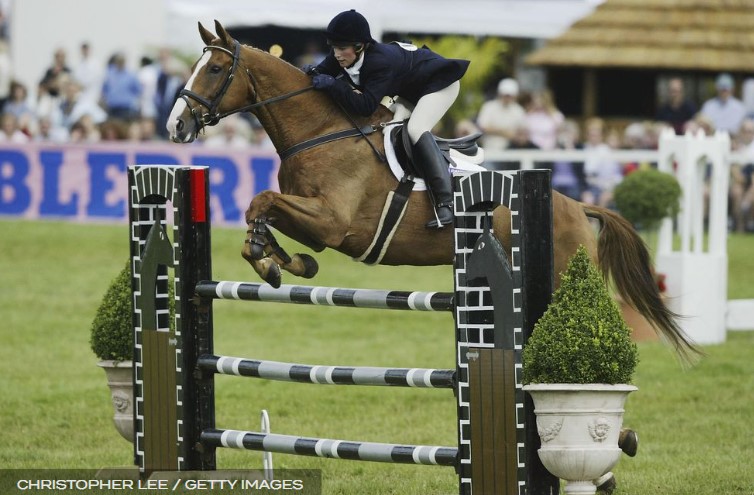 At 40 years old, Zara Tindall has just about done it all: She’s an international style icon, has three beautiful children, and has an Olympic medal. Queen Elizabeth’s first granddaughter is a member of the royal family, but her poise goes far beyond Buckingham Palace. If these snapshots of Zara’s life through the years prove anything, it’s that this decorated equestrian has made an incredible name for herself in her own right.

Zara Anne Elizabeth Phillips was born on May 15, 1981 to Princess Anne and Captain Mark Phillips. Her mother, daughter of Queen Elizabeth, chose not to give Zara a royal title at birth—something Zara has since called herself “very lucky” for, since it allowed her to have a normal childhood.

It was a family affair at the Royal Windsor Horse Show in 1985, where Zara spent the day with her brother, mother, and grandfather.

Zara observed the crowd from Buckingham Palace’s balcony at the annual Trooping the Colour ceremony. The kid standing next to her is—you guessed it—Prince William.

The following year, Zara stood on the balcony, yet again, for the Trooping the Colour. This time, she sported a hat to match both her mother and Princess Diana, who was holding a baby Prince Harry.

Zara is seen taking in the view on the Royal Yacht Britannia with her older brother and Queen Elizabeth.

Zara attended an Easter church service at St George’s Chapel in Windsor. She color coordinated her outfit with her mother, who also wore black and white.

Zara joined her brother for a horse ride at the Animal Fun Day at Ascot Racecourse. The only thing cuter than their horses is their matching sweatshirts.

Zara took a leap of faith with her favorite horse, Toytown, at the show jumping event of the advance 1 group during the Doubleprint Festival of British Eventing. The esteemed competition was just one of many she participated in during this time.

Zara shared a laugh with Kate Middleton, who was wearing a similar shade of baby at the Royal Ascot.

The Barbury Castle International Horse Trials marked Zara’s first competition back after giving birth to her third child—and first son—Lucas in March 2021. She competed on her grandmother’s horse, Twinkle.