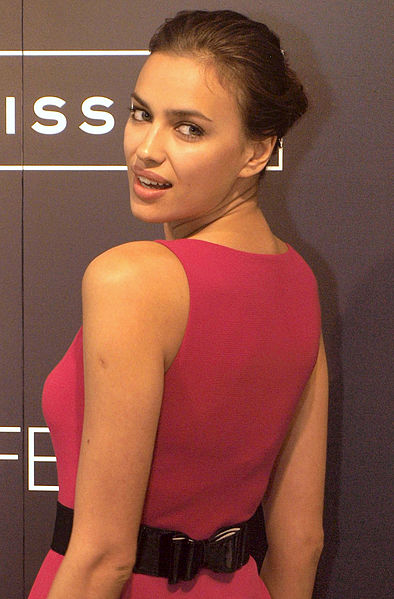 Irina Shayk knows her fairytale ending is still out there. Though she and Bradley Cooper split in June after more than four years together, the Russian model revealed she has not given up on love. “Do I believe in marriage,” she mused during an interview with Harper’s Bazaar for their summer digital cover. “Yes, of course. I’m not the kind of person who is against it.”

For Shayk and Cooper—they share daughter Lea De Seine Shayk Cooper, 2—the months leading up to their breakup were plagued by harsh rumors. Split speculation reached an all-time high during awards season as Cooper promoted A Star Is Born with his co-star and onscreen love interest, Lady Gaga. (People are still not over over their electric performance of “Shallow” at the 2019 Oscars.)

But today, Shayk understands the fascination surrounding their ultra-private romance. “I think it’s just human beings: if you cannot have it, you want to have it.,” she told the publication. “There’s a curtain there, you want to open the curtain. It’s curiosity I guess.”

Despite the Internet chatter, Shayk and Cooper shrugged off the gossip and put on a united front at the Oscars, even sharing a romantic moment on the red carpet. But, by May, they were once again raising eyebrows after she attended the 2019 Met Gala solo.

“Things get a little bit better but then they find themselves back in the same place of questioning whether being a couple is what’s best,” a source told E! News at the time. “They want to stay together for their daughter, but neither of them are very happy.”

Time apart proved they were better off as separates. “As much as they tried to rekindle what they once had,” added an insider, “they couldn’t find that spark.”

Co-parenting is now their priority. “They love their little girl dearly and that’s not going to change no matter what,” revealed a source. “They want what’s least disruptive for their baby.”

For her part, Shayk is focused on showing her daughter what it means to be your authentic self.

“You have to be really truly yourself for your kids, otherwise you’re living in a lie,” she told the magazine. “Tell me one reason why, just because you’re a mother, you need to wear a longer skirt. No! I don’t believe in that. I really don’t. How is it that people think of this idea? Why should you have to change who you are and how you feel just because you become a mother? I’m like, tell me why. Tell me one reason! I don’t believe in that. I don’t understand why.”

“Every time people send me flowers, I’m like, just send me a tomato plant!” she confessed. “Nobody’s sending letters to anyone anymore. I really believe if you go for dinner with somebody, you don’t have to send them a text or keep them updated on Instagram message. You freaking pick up the phone, call and say, ‘Let’s have dinner.'”

Until the right person comes along, however, she’s perfectly content going at it alone. After all, her childhood in Russia taught her how strong and badass she can be.

“Women are the ones who can handle everything,” she said of her home. “Women can raise the kids, women can do the job, and when she’s back, she can cook and clean and do the heavy work too!”

“We never had men around,” Shayk continued. “You have to learn how to put a nail in the wall, how to hang the curtains. I know everything about how to plant potatoes and cucumbers because in Russia, it’s how you survive the winter.”