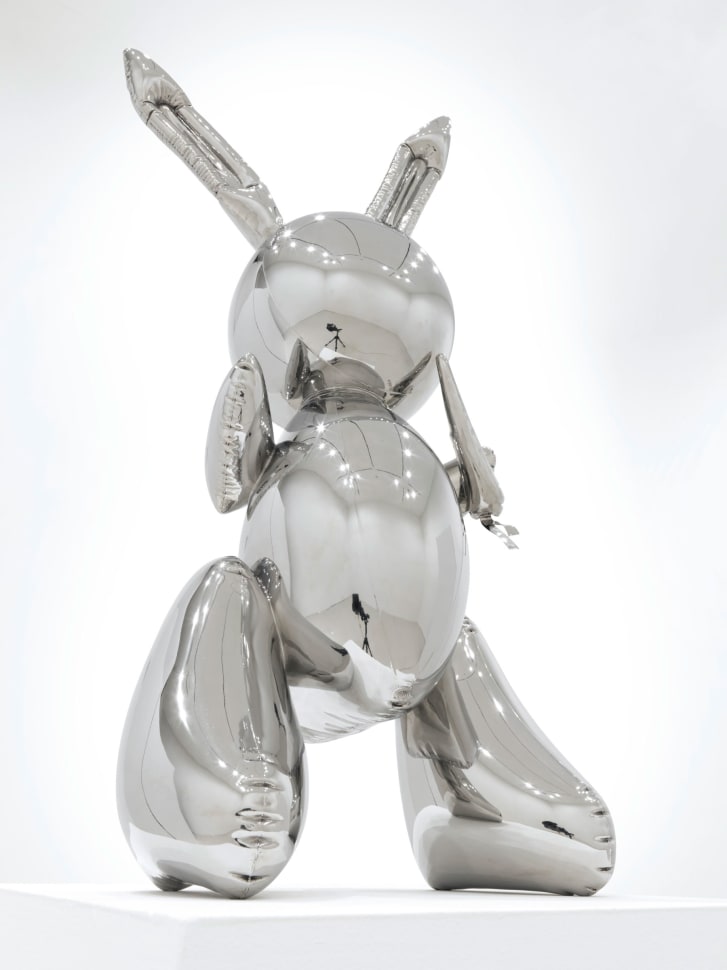 A playful rabbit sculpture by Jeff Koons has become the most expensive work by a living artist ever to sell at auction. The American artist’s “Rabbit,” a stainless steel figure measuring just over 3 feet tall, sold for more than $91 million Wednesday evening at Christie’s in New York, smashing auction estimates.

The new record comes just six months after David Hockney’s “Portrait of an Artist (Pool with Two Figures)” set a new benchmark for a living artist, when it sold for $90.3 million last November — also at Christie’s in New York. The British painter’s artwork had itself overtaken Koons’ “Balloon Dog (Orange)” sculpture, the previous record-holder, which went for $58.4 million in 2013.

Christie’s initially estimated that Koons’ faceless “Rabbit” would sell for between $50 and $70 million. But after more than 10 minutes’ bidding, the winning offer came in at $80 million which — including auctioneer’s fees — resulted in a final sale price of $91,075,000. Prior to Wednesday’s sale, Christie’s had described the sculpture as “one of the most iconic works of 20th-century art.”

“It is crisp and cool in its appearance, yet taps into the visual language of childhood,” read a sale preview on the auction house’s website. “Its lack of facial features renders it inscrutable, yet its form evokes fun and frivolity.”

Koons’ 1986 sculpture is one from of an edition of three, plus one artist’s proof. Another is kept at the Broad Foundation, in Los Angeles, while the third has been promised to the Museum of Contemporary Art in Chicago by its owners, according to Christie’s. The edition featured in Wednesday’s auction came from the collection of the late media mogul S.I. Newhouse. It has not been publicly exhibited for more than 30 years.

“This was the piece that I have personally admired for 20 years, and always (had) dreamed of having for sale,” said Alex Rotter, chairman of the post-war and contemporary art department at Christie’s, during a press conference.

“You can think of Koons whatever you (like), but this is his best work,” he added.

More than 50 other artworks were sold at the evening sale, generating a total of almost $540 million. Other notable lots included Robert Rauschenberg “Buffalo II,” which set a new record for the artist’s work at just under $89 million, and one of Louise Bourgeois’ towering bronze “Spider” sculptures, which went for over $32 million.

The sale continues a record-breaking week for art in New York. A painting from Claude Monet’s “Haystacks” series went for $110.7 million at Sotheby’s Tuesday to become the most expensive Impressionist artwork ever to sell at auction.