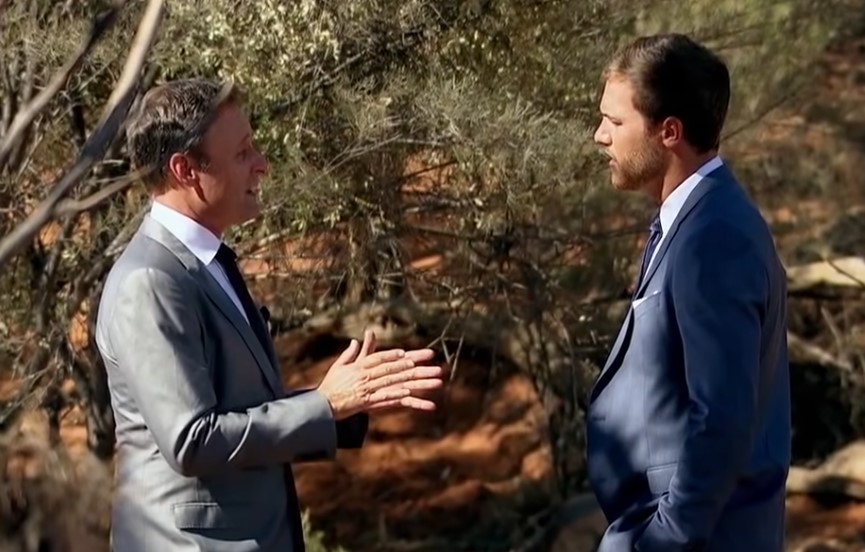 E! News has the exclusive first look at the final promo for Peter Weber’s season of The Bachelor, and like, we saw this coming but we also kind of didn’t. Madison is back, and she has regrets.

In last night’s part one of the finale, we watched Madison walk away from Peter after realizing they might not be so compatible, especially after Pete’s mom really grilled her on all the things they did not have in common. She decided it was best for both her and Peter if she walked away, even if Pete did not agree.

Well now she’s back, and Chris Harrison is asking if she regrets what she did.

“Yeah,” she says, which feels real casual for such a big question.

This is gonna throw a real wrench into Pete’s potential plans to propose to Hannah Ann, especially depending on the way Madi answers Chris’s question about whether she’s in love with him, which she probably is.

Plus, we’re still supposed to believe Pete won’t know how this thing will end until tomorrow night.

It almost feels like too much for both a 30 second promo and one final two-hour finale, especially as Chris Harrison also promised new Bachelorette Clare Crawley will make an appearance, so buckle yourself right up for one wild right of a night.

Part two of the finale airs tomorrow at 8 p.m. on ABC.