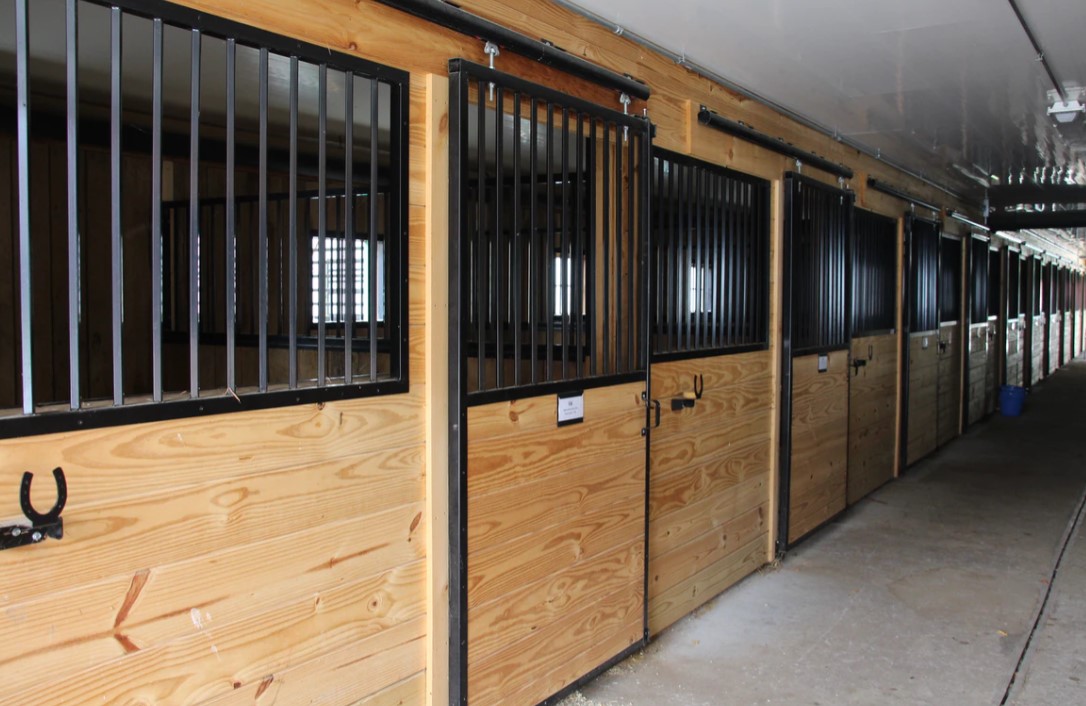 On February 24, 2022, Russia launched a full-scale attack on Ukraine. Since then, according to Forbes, over four thousand Ukrainians have died from Russian bombs and machine guns while over seven million Ukrainians have become refugees fleeing to other countries.

However, it’s not only humans who have been affected by the tragedy. Before the war, there were about 100,000 horses in Ukraine, but the current numbers aren’t known. Many have been displaced, others were killed in Russian attacks, some died from hunger or injuries, some were lost, or stolen by Russians. Tens of thousands don’t have enough food to survive.

These are a just a few of the stories from horse owners living in the war-torn conditions.

Victoria Balyura, a trainer from the village of Lukijanivka near Kyiv, has two sons and a home stable with magnificent horses. Victoria is a master at her profession and has trained her horses well in dressage disciplines, tricks and liberty, but on March 24th her life was changed forever. Her stable was bombed and three of her horses died; only two horses and one pony survived the blast.

For Victoria, these horses were, and are, her family. With an overwhelming sadness in her voice she mourns their loss. “Charoit was a mix of Russian and Ukrainian horse breed. Basalt was a licensed stallion with Ukrainian Equestrian and Open (Olympus) was a Traken [Trakehner] breed.”

Victoria is insistent the world needs to stop ignoring the animal genocide occurring in Ukraine. “I hope for help not only from our country for revival and restoration, but also the equestrian communities of other countries!”

Tatinya and Vladimir live near Borodjanka, just outside of Kyiv. Horses have always been part of Tantinya’s life; even as a child she adored them. “The owner sold the horse I learned to ride on to a butcher. I bought it 15 years ago and since then there have always been horses in my life,” remembers Tatinya.

She is originally from the city of Mariupol. “I was born and lived there until 2015 and had a stable there.” In 2014 she was a volunteer and assisted the army in the Dontesk region. “I met Vova (Vladimir) there. He fought in the war and was shot in the knee. After his injury we were married.”

Following the wedding the couple decided to build their own house and stable near Kyiv where they took in senior horses. “These are old horses with health problems who can’t be athletes anymore. They are not needed by athletes but they are great teachers for kids. We started a summer camp and children came to us. They lived, rode, and got acquainted with the horses. Many of these children have become athletes or horse owners. We’ve had the summer camp for six years.”

In March of 2022, Tatinya heard from a neighbour that the Russians had reached their town. Tatinya attempted to be with her horses as long as she could before the Russian invasion. “Before March 5th I stayed with the horses, but after they captured our village, I released the horses and saved my children. I knew that we would be killed if we didn’t hide.” A neighbour hid them in her basement. “She saved our lives.” While Tatinya and her two sons fled to safety, Vladimir, who is part of the local village army, fought the Russians. Defending his home, he was shot in the leg.

The very next day the Russian soldiers burned their stables to the ground, killing two of their donkeys. “Our horses ran away and two of them were shot. For 45 days my horses were by themselves.

“Later, Russian soldiers came to our house. Everything was turned over. We were robbed. They took our photographs from the wedding and walked around the village with them. They were looking for us. They killed five men that day. The village was under occupation for a month.” Watch a video showing life before and after at Sunny Valley Camp :

“After the liberation of the village, we returned home and found all the horses. My horses were in several groups; one group was led by the old mare. In the evenings they came to the neighbours for water and during the day she took them to graze. The other group was “family” – a stallion and mare with foal. They all became very close. The old horses were closest to home. They are over twenty years old and were wounded by the shelling but did not leave the village. We were looking for the foals the longest. One of the horses who was shot died while being operated on.”

Luiza and Kate’s horse Denver, suffering the effects of war. “They ran like crazy and then they got used to it. This is both good and bad …”

Luiza and Kate are best friends who live in a tiny village near Odessa. They own a small farm and three horses, as well as many cats and dogs. Luiza has always been a horse lover. “We bought two horses from the slaughterhouse. We gave them a new, happy life and opportunity to be needed,” she explains.

Prior to the the invasion, Luiza and Kate were teaching gymnastics with children on horses, eco-tourism, and teaching teenagers how to love and care for all animals.

Since the war started Luiza has seen her home transform from a once vibrant world-class city to a bombed-out metropolis destroyed and on fire. “Our city is paralyzed. There are no jobs, and no tourists. Our little students have left with their mothers for other countries, fleeing the war.”

Luiza is adamant about staying put. “We will not leave our land. After the war ends our horses, dogs and cats will be able to provide psychological help to children who have seen death and destruction.”

A charity called Fleet of Angels has provided the horses with aid. “They helped us with a grant for hay. We also collected money from ordinary people.” Fleet of Angels offers grants and micro-grants for emergency horse hay, veterinary supplies, emergency transportation, and other major emergencies to hundreds of recipients a year.

Luiza describes the current stressful situation: “We are being fired upon by warships with missiles, and aircraft.” When the Russian invasion commenced the couple were terrified. “At first it was very scary and we thought about evacuation. But the logistics were broken and there was no transport. There were a lot of Ukrainian horses abroad in a hopeless situation, without money and support. We decided to stay at home and hope for the best.”

Unlike the western world with the advantage of 24/7 news channels, many in Ukraine had no idea Russia was on the verge of war, “On February 24 at four am we were all going to work, drinking coffee as usual, and rockets flew overhead. We did not know that there would be a war. We weren’t ready.”

During our conversation Luiza spoke to me from the safety of her basement and I could hear the sounds of missiles exploding. “Right now I am speaking to you from the basement because the Russians have launched five rockets from the neighbouring area. Now the siren is sounding and no one knows where they will explode. The horses graze in the meadow on very thin leashes so that they can break and run away if there are powerful explosions.”

Luiza chronicles how the horses are being effected emotionally by the war, “They feel and worry. When cruise missiles arrive and explode, horses feel the ground vibrate with their hooves. They were very scared in the first two weeks. They ran like crazy and then they got used to it. This is both good and bad at the same time.”

As the Russians have gained entry into the village they’ve been firing at people’s homes. “Our basement is reliable, but no one guarantees it will save us. Lately the Russians have been shooting erratically and not aiming. They have no plan and no strategy. How can I explain to my horse that this is war? Before this, they were only afraid of fire crackers!”