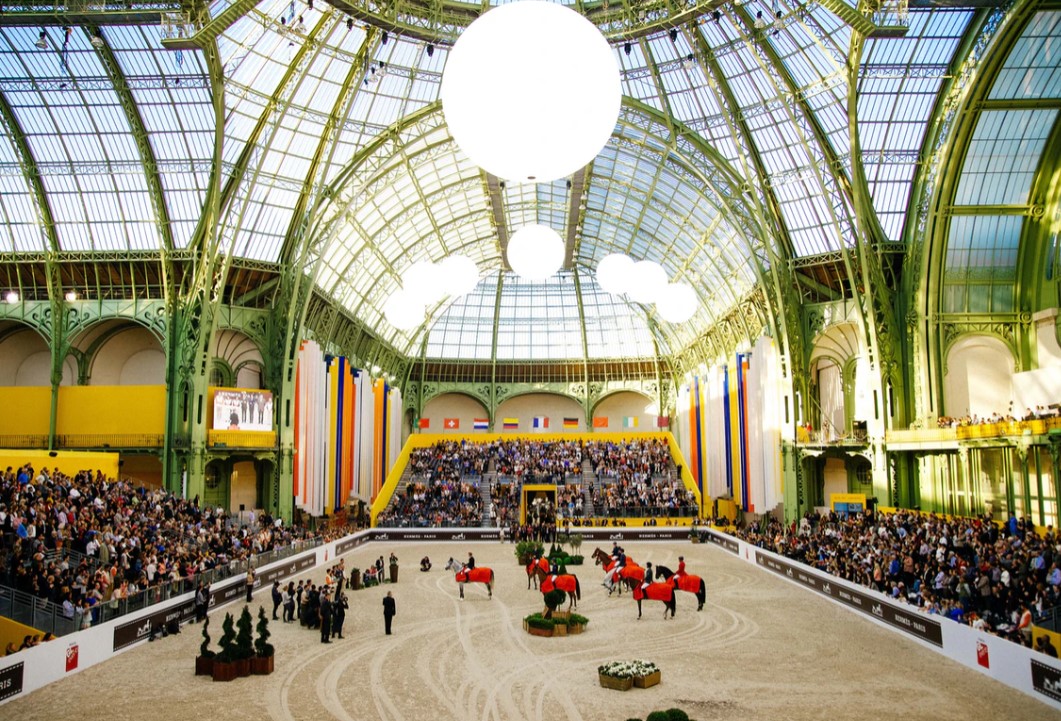 Growing up on a cattle farm in East Yorkshire, England, Ben Atkinson never imagined he would become one of television’s most sought-after action horse professionals. Horses were kept on the Atkinson farm for fun, and the business eventually diversified to include livery stables, boarding facilities, and a riding school.

Meanwhile, Ben adventurously experimented with training his ponies to do tricks and began performing demonstrations atop their backs at age 11. Then, the opportunity of a lifetime fell into Ben’s lap while presenting at a historical fair—the chance to bring his expertise to the big screen. Together with his father, Mark, the steadfast horseman’s career exploded from there.

FROM THE BIG SCREEN TO YOUR LIVING ROOM

From period television favorites Poldark and Victoria to Netflix’s The Witcher and Peaky Blinders, Atkinson Action Horses has run the gamut in the film and television industries, as well as live event performance for over 25 years. EQLiving caught up with Ben to uncover the essential behind-the-scenes work necessary to produce highly trained horses and riders.

THE INS AND OUTS OF TRICK RIDING

Can you tell us a little bit about growing up in the industry and what inspired you to start trick riding?

I think the variety of the work is what makes it so much fun. And over the years, the variety has grown and grown. Originally, we just hired horses out for group things—group battles, cavalry, and such. Over time we started providing more lead horses and stunt horses and carriage horses. When I was nine years old, I saw a performance where someone was standing on horses, and I thought that was absolutely mind-blowing and amazing.

So I went straight home, got my two white jumping ponies out, and decided I would stand on them. That was the same time that I started training horses at liberty, where we’re working horses without any saddles or bridles or halters; we are generally working them completely free. I worked on film sets from about 11 years old and got so used to the chaos of it. I do still get quite a lot of joy when we take new people to film sets, because the first time they arrive, and they see the cameras and the lights and the setup, suddenly you get that moment where you’re like, “Oh, maybe this is quite different.” These days, generally, even when it’s a show that I watch, we provided some horses for it.

Take us through how you begin to form that bond of trust with a horse when you’re training for stunt work.

And so that’s what we’re trying to emulate when we’re working with the horses from the very beginning—very simple patterns, very simple exercises, like teaching the horse to move over with a touch on the side with your hand, or giving a cue with a weapon. You’re showing them that when you ask them something, it can be simply understood with an answer that they can understand. They grow to give you more trust in your training because they know you’re not going to ask things that are above them or that are beyond their control.

Then it’s building on that original foundation. We have this idea of the three C’s of training, which are clarity, consistency, and confidence. Clarity: be clear in your goal and how you ask for it. Consistency: consistently ask for the same movement or behavior in the same way. Confidence: if you clearly ask, if you’re clear about what you would like, if every time you want that thing, you ask for it in the same way, then the horse can become very confident in offering that movement or behavior. It’s all based around this complete idea of one small victory with a large price. Aim for the smallest improvements each and every time, but praise them like they’re the biggest.

THE RIGHT HORSE FOR THE JOB

Do you look for specific characteristics in potential stunt horses?

If we’re looking for certain horses for film or TV or live events, and some horses have a specific bone structure, that will mean that they find certain jobs or certain things easier to do physically. Then also, there’s the mental capacity of it as well. Some horses like very simple repetitive work, so they make brilliant carriage horses, for example, because they like to know what’s happening. It’s very easy, the same thing all the time, and they love that. Whereas you get other horses that are very busy and always want different things. They make very good liberty horses because you’re constantly challenging them mentally to have to overcome new obstacles. Learning new things, learning new movements, testing themselves —some horses really thrive on that.

Tell us about some of your current horses. How many horses do you have currently in training?

We’ve got 45 at the moment. One of my main horses is probably Malik. He’s a horse with a very busy brain, so he does everything; he does dressage, he works at liberty, he does the stunt work, he does the carriage driving. Next to Malik, we have a black one called Mojo. He’s just a really good foot soldier. He likes to know exactly what’s going on, and he will turn up and do it day in, day out, all day, every day. But we have a huge variety of horses.

A large proportion of our horses are Andalusians because we like that they’ve got a very fiery temperament. They’ve got that beautiful, kind of fairy-tale look that people like to see in the shows and in the films. But they’ve got a very quick brain and lots of energy so that you can do more strenuous things with them. We also have generally heavy horses for carriage work.

Do you help train actors to learn how to ride? How do you approach it if an actor is brand new to horses?

When we teach an actor to ride, it’s different than teaching a normal person to ride. When we get the film script, we go through the script, and we make note of what we think all the horse action in the film is, and we can discuss that with the director and the producers. That’s so we can have an exact list of all the scenes that that actor is doing. Then we pick a pool of horses out of our team for the actor or actress to audition on. We work specifically towards the goals which are needed for the film. So for example, in a lot of films, the actors will walk and canter. But because they never want to see the trot on camera, we don’t need to work on it. So you wouldn’t waste time on that.

Specifically for actresses, if she’s riding sidesaddle in the film, we will never let her ride anything but sidesaddle, because if she’s never ridden before in her life, and then we have her ride sidesaddle from the beginning, she finds it very relaxing, and very natural.

LOOKING TO THE FUTURE

Where do you see your career going in the future?