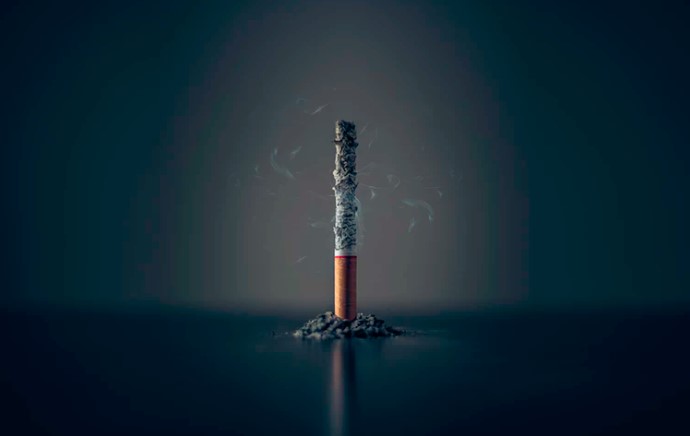 Cigarette filters are the No.1 plastic pollutant

Plastic straws and bags have received widespread attention as pollutants. But another, even bigger, plastic problem has been slipping under the radar — cigarette filters.

Cigarette butts containing plastic filters are the most littered item in the world.

“Many smokers assume the filters are made of a biodegradable material,” says Elizabeth Smith, who works on tobacco control policy at the University of California San Francisco.

In fact, filters are made of cellulose acetate — a type of plastic that can take up to a decade to decompose.

But now the European Union is cracking down on this hidden problem. New rules will require the tobacco industry to fund the cleaning up of cigarette stubs, as part of a broader initiative to reduce single-use plastic items.

Cigarette filters are poisoning our environment — but do they do anything to help smokers’ lungs?

The scale of the problem

About 6 trillion cigarettes are manufactured a year and over 90% of them contain plastic filters. That’s more than one million tonnes of plastic.

Tossing a cigarette butt on the ground is one of the most accepted forms of littering, according to the World Health Organization. About two-thirds of butts are dumped irresponsibly — stubbed out on pavements or dropped into gutters, from where they are carried via storm drains to streams, rivers and oceans.

Cigarette butts have been the number one item collected by the Washington DC-based Ocean Conservancy’s global beach clean-ups every year since the initiative started in 1986. Its volunteers have collected more than 60 million butts.

Nick Mallos, director of the group’s Trash Free Seas program, says that “many of those found on beaches are simply left behind by beachgoers.”

A recent study placed fish in water in which cigarette butts had been soaked and removed. After four days, half the fish had died, showing that cigarette butts “seep in into the aquatic environment and are toxic and deadly to living creatures,” says Thomas Novotny, emeritus professor of global health at San Diego State University, who was involved in the study.

Plastic filters were invented in the 1950s in response to lung cancer fears.

Tobacco smoke contains about 250 harmful chemicals, including heavy metals, arsenic and polonium-210, a highly radioactive substance that has been used in assassinations. At least 69 of these chemicals are known to cause cancer.

Filters were engineered to reduce lung cancer by blocking toxins.

However, by the mid 1960s researchers realized that the tar and nicotine they were trying to filter out were the very substances that made cigarettes satisfying to smokers.

The companies kept the filters, but made them less effective to allow through that hit of nicotine.

Bradford Harris dug deep into tobacco company archives while a graduate student of history and technology at Stanford University. He writes that tobacco companies decided to keep the filters as a “marketing tool,” while ensuring that smokers still received the crucial nicotine hit. They made claims about the health benefits of filters that the World Health Organization calls “fraudulent.” CNN contacted the Tobacco Manufacturers’ Association, which represents a number of major tobacco companies in the UK, for comment, but did not receive a reply.