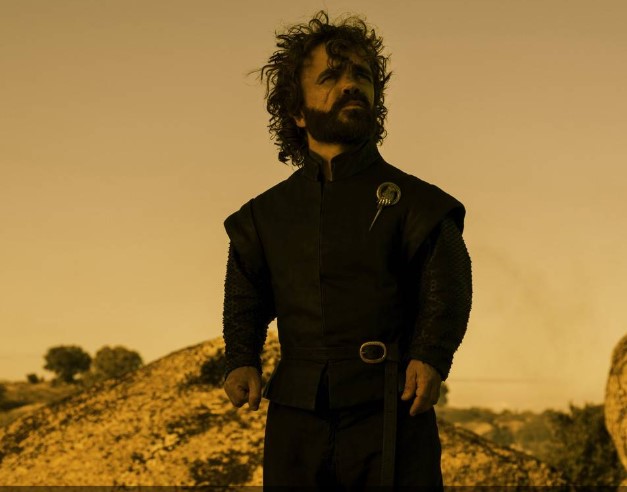 The end is near for Game of Thrones.

Sure, we have to wait many moons to actually see these final six episodes, but at least for now we do have the cast’s cryptic quotes on what it was like to say goodbye to their characters. Every few weeks, while promoting some other project, some Game of Thrones cast member or another says something that practically shakes us to our core as we try to predict how this thing might end.

Below, you’ll find the most telling quotes so far about the final days of filming for the series, and the final scenes of some of our favorite characters. No hints yet on who might actually win the throne in the end, but there are definitely a few ominous clues as to who might not survive the game at all.

Winter is coming, and it sounds like things are going to get emotional.

Turner told IGN that she thinks the end of the show might be a little bit polarizing. “It was really satisfying for us. Who knows if it will be satisfying for the fans. I think a lot of fans will be disappointed and a lot of fans will be over the moon,” she said. “I think it will be really interesting to see people’s reactions, but for me reading the script it was just like heartbreaking to read at the very final page of the script it just says, ‘End of Game of Thrones.’ That was really emotional.” Turner also said that she feels that by the end of the series, “[Sansa] is the most self-assured character in the show.”

Harington echoed Sophie Turner’s thoughts, telling MTV News, “I think not everyone’s going to be happy, you know, and you can’t please everyone. My favorite TV shows are Sopranos, Breaking Bad, and The Wire, and they all ended in a way that…it’s never going to satisfy you.” Harington hasn’t even told his wife and former Game of Thrones costar Rose Leslie how the show ends, so clearly he’s staying mum on this subject.

Dinklage told Vulture his last day was “beautifully bittersweet,” and then gave one very cryptic and strange response to the question of how he felt about Tyrion’s ending: “I feel very, very—I’m trying to find the right word. I think he was given a very good conclusion. No matter what that is—death can be a great way out.” Vulture tried to say they took it as if Dinklage was just leaving Tyrion’s death a possibility, but let’s be honest: if Tyrion (or any character) ends this series dead, we wouldn’t be even the tiniest bit surprised.

Williams told The Guardian that her final scene was “beautiful.”

“I ended on the perfect scene. I was alone—shocker! Arya’s always bloody alone. But I was alone and I had watched a lot of other people wrap. I knew the drill, I had seen the tears and heard the speeches.” She said that by the time she was done filming, she was truly done. “I got to the end and I didn’t want more,” she said. “I had exhausted every possible piece of Arya. And this season was quite big for me. I had a lot more to do.”  Williams also posted an Instagram in early July when filming was done, with a picture of bloody tennis shoes and the hashtag #lastwomanstanding. With the knowledge that Arya was “alone,” we’re now kinda thinking that hashtag might be literal…

“It f–ked me up,” Clarke told Vanity Fair of filming her Dany’s final moments on the show. “Knowing that is going to be a lasting flavor in someone’s mouth of what Daenerys is…” Clarke got her dragons permanently tattooed on her wrist in September, writing that well-known tattoo artist Dr. Woo “made sure this mamma ain’t NEVER forgetting her babies….”

Coster-Waldau told HuffPost that the final season was incredibly intense to film. “I think if it hadn’t been the last season, people would’ve just collapsed,” he said. “We wouldn’t have made it. I mean, at one point, the crew had 52 nights in one go in Northern Ireland. Just unheard of.” To him, the final season was satisfying. “To me, it was very satisfying but also very surprising and all the things that I was hoping for. It still made sense,” he said, going on to say that he didn’t think his final scene would phase him, but he was wrong. “I have to admit right when they said, ‘This is a series wrap for Nikolaj,’ there might have been a tiny bit of moisture in the air, just around my eyes.”

Game of Thrones will return to HBO in 2019, though when in 2019 is still a question. Originally, we were promised “the first half,” but now the wait could last until well into the summer, due to this six-episode season being “the biggest thing” the show has ever done, taking over a year in production in Belfast.  Basically, it’s going to be worth the wait.