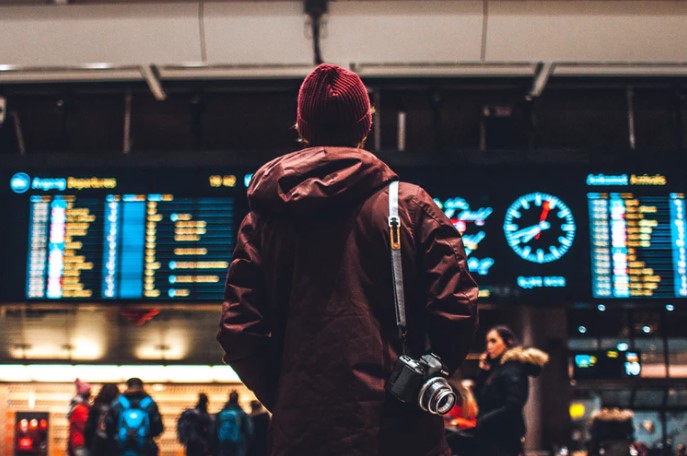 Baggage allowance rules can be frustrating for some travelers – but some fliers refuse to be put off and persevere with their attempts to bring some very odd items onto a plane. Many fliers fret about the volume of liquids they’re allowed to take through security. But some airport passengers have much bigger things to worry about when it comes to taking luggage on board a plane. The most ludicrous objects travelers have tried to take on a plane with them have been revealed.

From weapons to bizarre food items, some passengers have clearly been highly optimistic about security leniency at the airport. Flight booking website Kiwi.com has looked into some of the weirdest items security personnel have come across. Dead animals have proven to be a worryingly regular occurrence, according to the research. A couple once tried to check in at JFK airport in New York with a cow carcass wrapped in bubble wrap.

The deceased beast was balanced on their luggage trolley. On another occasion, staff at Cardiff airport stopped a passenger who was making his way through airport security with a 10lb frozen turkey. He wasn’t carrying the requisite special permission but said to officers when confronted about the bird: “Why the fuss? Will it thaw out at 30,000 feet?” Other passengers have attempted to smuggle on live animals – often with ingenious disguises. A traveler in Beijing attempted to smuggle a pet turtle onto the flight…by hiding it in a hamburger bought at the airport.

Security noticed that the burger didn’t look quite right and quizzed the passenger. When questioned, the passenger just said: “No, it’s not a turtle. Just a hamburger. There’s nothing to see here.” Other items have been more sinister, however. One Transportation Security Administration agent in the US told of a time a passenger thought they might be able to take the chainsaw on board if they emptied out the petrol. Unsurprisingly, the passenger was denied boarding and the chainsaw was removed from their possession. Actor Peter Mayhew – who plays Chewbacca in Star Wars – was stopped at Denver airport on his way home from Comic Con as he uses a walking stick shaped like a light sabre.

Security had to determine whether it was a potential weapon – but concluded that it was not. On another occasion, a traveler tried to check in at Johannesburg with her dream bathtub – which turned out to be well over the baggage allowance.