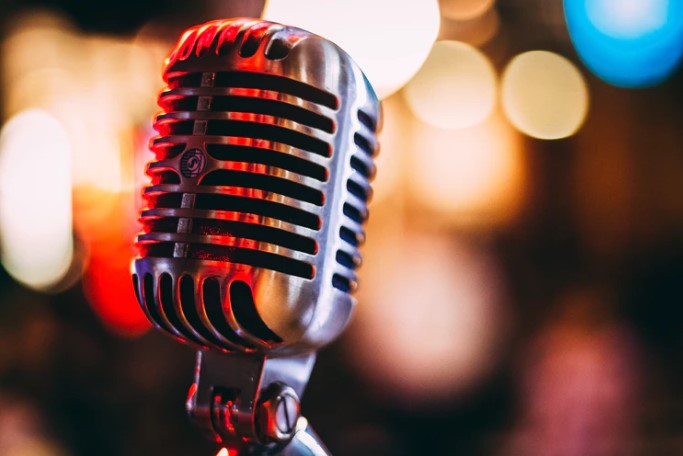 How music can change the way you feel and act

Music is present in every part of our lives. Our spiritual rituals are framed with songs, children learn the alphabet through song and the malls and cafes we visit during our leisure time are rarely silent.

But just how much can this ever-present thing impact us — and the way we act and feel? Research suggests music can influence us a lot. It can impact illness, depression, spending, productivity and our perception of the world.

Some research has suggested it can increase aggressive thoughts, or encourage crime.

Recently, a UK study explored how “drill” music — a genre of rap characterized by threatening lyrics — might be linked to attention-seeking crime. That’s not new, but the emergence of social media allows more recording and sharing.

The content of these songs is about gang rivalry, and unlike other genres, the audience might judge the performer based on whether he will follow through with what he claims in his lyrics, writes the study’s author, Craig Pinkney, a criminologist and lecturer at the University College Birmingham, in the UK.

Beside music, the paper looks at social media’s role in fueling violence. The online platforms readily used by many, have given gang rivalries the chance to move online and encourage comments from supporters and opposing groups, which only adds to the pressure to react.

However, there are multiple reasons for the rise in crime, according to Pinkney. He explains that poverty, deprivation, racism, poor leadership, lack of corporate investments, lack of opportunities and resources also contribute.

Daniel Levitin, professor of psychology and music at McGill University in Canada, points out that it is difficult to analyze whether music can create violence.

Studies have very mixed evidence, and mostly use observational data instead of controlled experiments that can take into account people’s personality. People who are already prone to violence might be drawn to violent music, Levitin explained. But that doesn’t mean everybody who enjoys hat music is violent.

“When you’ve got violent behaviors that mimic something that’s out there in the music or art world it’s easy to jump to the conclusion that the art caused the person to become violent,” he added. “But just because it’s easy to conclude it doesn’t mean that it’s true.”

Another paper, published in 2003 in the Journal of Personality and Social Psychology, reported that music can incite aggressive thoughts and feelings. During five experiments with 75 female and 70 male college students, those who heard a violent song were shown to feel more hostile than those who heard a nonviolent song, from the same artist and style.

The study showed that violent songs led to more aggressive thoughts in three different measures: More aggressive interpretations when looking at ambiguous words, an increased speed with which people read aggressive compared to non-aggressive words and a greater proportion of people completing aggressive words when filling in blanks on forms given to them during the study.

One way to put these findings, say the authors, is that participants who listened to violent rock songs then interpret the meaning of ambiguous words such as “rock” and “stick” in an aggressive way.

The study adds that the outcomes of hostile thoughts could be short-lived. If the next song’s lyrics are nonviolent or if some other nonviolent event occurs, the effects of violent lyrics will dissipate, states the paper.

Meanwhile, other types of music been been used in attempts to prevent crime, according to musicologist Lily E. Hirsch’s book “Music in American Crime Prevention and Punishment.”

Hirsch wrote about how classical music was used to deter loitering in her hometown of Santa Rosa, California. In 1996, she wrote, city leaders decided to play classical music to clear young people from the city’s Old Courthouse Square. Many teens didn’t enjoy the music, according to Hirsch, and left the area, which encouraged the city to keep the background music playing.

The effectiveness of music as a crime prevention measure has to do with sound’s construction of who we are but also with who we are not, wrote Hirsch, a visiting scholar at California State University, Bakersfield. We often identify with music based on who we think we are, Hirsch told CNN in an email.

“If you see classical music as music of the fancy, white elite, you might think, ‘I am not any of those things,’ and then disassociate yourself from the music,” leading to, for example, leaving this area, she said. In this situation, people identify themselves in the negative — namely, who they are not — through certain music, Hirsch explained. People are still surprised by this usage of music, she added. But music has “always been used in a variety of ways, positive and negative,” Hirsch said.

Music can make us feel all sorts of emotions, some of which are negative, added Laurel Trainor, professor of psychology, neuroscience and behavior and director of the McMaster Institute for music and the mind.

It can “bring people together and fuel these social bonds,” this can be positive as well as negative, according to her. For example, as far back as we have records, music has been used in war, explained Trainor, because it brought people together socially.

Music has power over our feelings. No other species has evolved in such a way to ascribe meaning and create emotional responses to music as humans, she added.

Everyone can relate to the experience of listening to a melancholic playlist and then not being able to escape the mood. But, according to research, even how we perceive the world around us can be influenced by music.

Researchers at the University of Groningen showed in an experiment that listening to sad or happy music can not only put people in a different mood, but also change what people notice.

In a 2011 study, 43 students listened to happy or sad music in the background as they were tasked with identifying happy and sad faces. When happy music was played participants spotted more happy faces and the opposite was true for sad music.

The researchers argue that this could be because the perceptual decision on our sensory stimuli, in the experiment’s case the face expressions, are directly influenced by our state of mind.

But if music can change our mood and perception, the question remains if that is a good thing.

The study included people with and without depression and found that both groups felt better after listening to happy music.

Levitin believes that “the weight of evidence is that music can help depression” because it offers people a distraction. During clinical depression, however — which is a different thing, Levitin added — the person is disengaged and might not want to engage with music.

Away from mood and emotions, music can also affect simple actions like how much money we spend or how productive we are, research shows.

“At the most fundamental level,” Levitin explained that happy music tends to have an up-beat tempo “and we know neutrons fire in synchrony to the beat of the music and so happy music can actually energize you.”

But the task needs to be considered. During repetitive or boring tasks you can get drowsy and music can work as a stimuli “which allows you to do a better job.” If the task is more complex, “music is harmful” because it acts like a distraction to our concentration.

Trainor thinks that it is “part of our biological heritage” that music has not just a positive side to social bonding but also a negative one. “We need to recognize that if we want to use music in positive ways.”