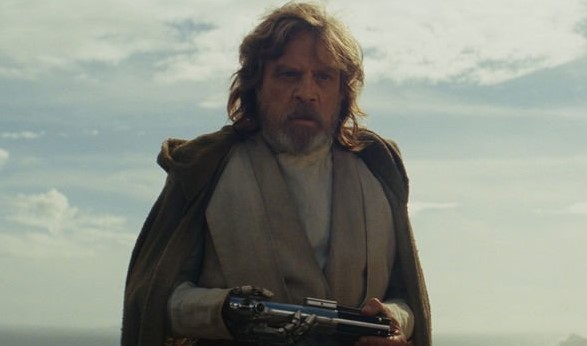 STAR WARS legend Mark Hamill has responded to fans persistently asking him for details on the trailer for the upcoming Episode 9.

Hamill reprises the role of Luke Skywalker in the film, which hits cinemas in December. While the first peek at previous movie The Last Jedi didn’t come out until the April before its December release, Episode 9 was initially rumoured to be unleashing footage as early as before Christmas. Fresh speculation has continued to bubble up ever since, and there’s still no official word on when a teaser – or even the film’s official title – will land. Now, the common consensus is it’ll be at Star Wars Celebration in April. But fans are continuing to ask Hamill to divulge details – and he’s poked fun at the situation as only he can.

He tweeted: “People keep asking me over & over & over again- ‘When will they release the #EpisodeIX trailer?’

“B) Until they do, just be satisfied with this exclusive look at my own personal #StarWars trailer.

He attached an image of himself at the door of a behind-the-scenes trailer – with a sign saying Master Hamster. Hamill is not thought to have a particularly big role in the next film, given that The Last Jedi concluded with Luke’s death. He’ll be seen either as a Force Ghost or in flashback when the film finally releases. Yesterday it was rumoured that he’ll tell Rey (Daisy Ridley) that it was his father, Anakin Skywalker, who was spiritually guiding him when he used Force Projection at the end of Last Jedi. Anakin – played by Hayden Christensen in the prequels – has long been rumoured to be making a small appearance in Episode 9, but there is yet to be any concrete evidence to support this.