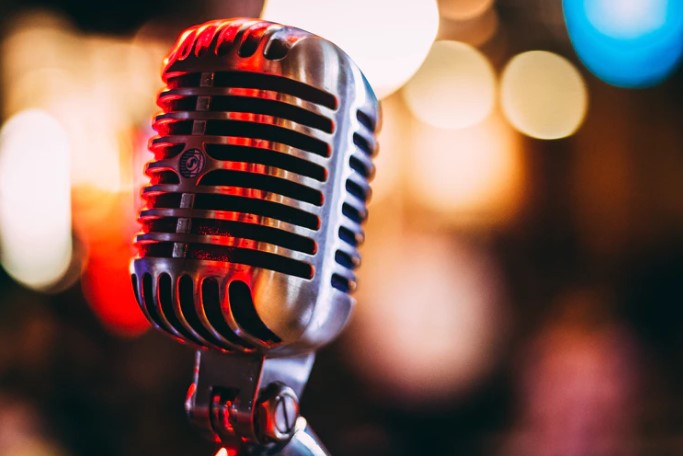 The first face-off of The Voice battle rounds is Team John Legend’s Matthew Johnson and Shawn Sounds. John brings in his advisor Khalid to help out. Matthew and Shawn perform a stunning duet of “Never Too Much” by Luther Vandross. The coaches don’t have much on the critiquing end for Matthew and Shawn. “You both are fantastic singers. Didn’t miss a note,” John says. He ends up choosing Shawn as the winner of this battle. But Matthew’s not going home. Adam and Kelly go in for the steal, and he picks Kelly as his new coach!

Next up is Team Kelly Clarkson’s battle between Mikaela Astel and the show’s first trio, The Bundys. After rehearsals with Kelly and advisor Kelsea Ballerini, they perform a soulful rendition of Eva Cassidy’s “Songbird.” The coaches note that Mikaela seemed a bit nervous during the performance, but she’s only 14 years old. She still has so much room to grow. Kelly chooses The Bundys as the winners of this battle.

Team Blake Shelton’s Gyth Rigdon and Rod Stokes are the next battle round. Blake’s two country singer hit the stage to perform Mitchell Tenpenny’s “Drunk Me.” Both Gyth and Rod really bring it during their performance. Blake ends up choosing Gyth as the winner of the battle, but Adam steals Rod! “I’m a fan of what you do… I think you’re amazing,” Adam tells Rod after the epic steal.

Team Adam Levine’s Domenic Hayes and Trey Rose take the stage after working with Adam and advisor Charlie Puth to sing Aloe Blacc’s “I Need A Dollar.” Both Domenic and Trey’s vocals are great, but Domenic really commands the stage. Blake calls it an “incredibly even battle.” The decision is tough for Adam, but he decides to make his choice based on the singer who has shown him something “I’ve never really seen before.” He goes with Domenic over Trey. “Domenic is indispensable,” Adam says. Adam knows Domenic is a star.

Team John’s Savannah Brister and Maelyn Jarmon tackle an Adele song and perform a beautiful “When We Were Young” duet. They both harmonize together so beautifully. John notes the “subtlety and warmth and kindness” of the performance that he calls a “beautiful experience.” John choose Maelyn!

The final battle of the night is between Team Kelly’s Jej Vinson and Beth Griffith-Manley. They take the battles to a new level with their duet of Labrinth’s “Jealous.” This is one of the best battle round performance in The Voice history. Before she makes her decision, she lets Jej and Beth both know just incredible they both are. Kelly picks Jej to continue on in the competition. In the last seconds of the episode, John steals Beth!