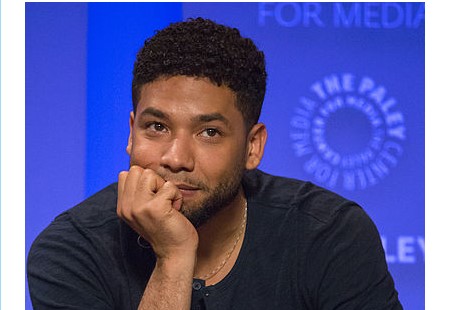 Why did prosecutors drop all charges against Jussie Smollett

Police said investigators had more than enough evidence to convict actor Jussie Smollett but in an unexpected turn of events, prosecutors decided to drop all charges against him. Chicago’s mayor and police superintendent still think the “Empire” actor staged an attack on himself and even the lead prosecutor on the case said he still believes that Smollett carried out a crime. So, how did Smollett get cleared of all charges?

Here’s what several CNN analysts had to say about the latest twist in the case and the possible reasoning behind it.

Did authorities have enough evidence?

Police in Chicago found several pieces of evidence that led them to believe that Smollett orchestrated the attack. Investigators had footage of the men involved in the alleged assault buying a ski mask, sunglasses and other items. They also had a check that Smollett used to pay one of them. But no surveillance cameras captured the incident and one of the men was actually Smollett’s personal trainer, the actor’s attorneys said. If prosecutors saw holes in their case, they had to do the “best they could do in the interest of justice.”

“I’d like to give them the benefit of the doubt and believe they looked at the evidence and didn’t feel they could prove their case beyond a reasonable doubt,” said Sara Azari, a criminal defense attorney. Was there concern he’d already been tried in the court of public opinion?

Smollett’s transformation from victim to suspect in the reported attack captured national headlines. Celebrities and politicians lent their fervent support and others doubted the actor’s claims. Meanwhile, police got into a difficult situation, Azari said. They quickly tried their case in the court of public opinion. As Smollett was being accused of filing a false police report, Police Superintendent Eddie Johnson notoriously lambasted him in a news conference for wasting police resources.

He also pointed out that officers were “pissed” when they learned Smollett’s alleged true motive. Authorities said he had staged the attack because he was unhappy with his salary. For Joey Jackson, CNN legal analyst and criminal defense attorney, police actions were an overstep. “How does he ever get a fair trial when you have the superintendent going on ‘Good Morning America’ blasting him,” he said.

“You have wonder whether or not they overplayed their hand,” Jackson added. “That is that they just went after him so relentlessly on everything else that it poisoned the jury pool.”

Were the brothers not credible?

A major twist in the case came when police alleged that Smollett hired two brothers and paid them $3,500 to stage the attack. Olabinjo and Abimbola Osundairo were arrested last month after police tracked the cabs and rideshare cars they used before the attack. The men eventually confessed to the alleged plot and appeared before a grand jury but they were released without charges. Laura Coates, a former federal prosecutor, said the Osundairo brothers could have had a role into the prosecutors’ decision to drop Smollett’s charges.

“Maybe it’s a matter of the two brothers who as late as February and March did not have a plea agreement, did not have an immunity deal,” Coates said. “They may have recanted, meaning they changed their tune. How do you prove it then?”

CNN has reached out to the brothers’ attorney for comment. Earlier this month, the brothers said they had “tremendous regret” for their involvement in the incident.

Did they seek a deferred prosecution instead?

The Cook County State’s Attorney’s Office dropped all charges against Smollett on Tuesday but released little about why it abandoned the 16 felony disorderly conduct charges. The lead prosecutor in the case said they reviewed the case’s facts and considered Smollett’s volunteer service in the community as well as his willingness to forfeit his $10,000 bond. He also noted that Smollett had no prior felonies and wasn’t a danger to the community.

“That to me sounds like a deferred prosecution,” Coates, the former federal prosecutor, said.

“It is quite common,” she said. “Prosecutors thinking about reviewing the evidence decide that maybe a criminal solution or criminal prosecution is no longer the most effective way to reach justice.”

Speaking to reporters, Smollett’s attorney, Patricia Holmes, denied that the prosecutors’ decision to drop the charges was part of a deal or a deferred prosecution. First Assistant State’s Attorney Joseph Magats, the lead prosecutor, told CNN affiliate WLS that dropping the charges did not mean the actor was exonerated.

When asked whether he considered Smollett to be innocent, the prosecutor told WLS: “No.”

“This is not celebrity justice. This case is well too high profile for a District Attorney’s office to just hand over a gift of exoneration to Jussie Smollett,” Azari said.

Did they make a secret deal?

The secrecy surrounding the details of the sudden dismissal of Smollett’s charges has left some people calling for greater transparency from the prosecutors office and has led to speculation. A judge agreed to seal Smollett’s court file at the request of his attorneys and without the opposition from prosecutors. Johnson, who had expressed his disappointment over the dismissal, criticized the move suggesting that defense attorneys brokered a deal to “circumvent the judicial system.”

“Nothing has changed other than the fact that this guy got to the state’s attorney’s office somehow and they worked out a back door deal that threw the mayor and the police department under the bus. Period,” said Former Philadelphia police commissioner Charles Ramsey, agreeing with Johnson.

Other legal analysts said the decision to keep the records from public disclosure will stop the community from learning what really happened.

“We have a right as the American people to know why these charges were dropped. If Jussie is telling the truth, we should know that,” said civil rights attorney Areva Martin.

Others like Cheryl Dorsey, a retired Los Angeles Police Department sergeant, said the truth may come another way.

“We’ll know that this thing that the police are saying is true when Jussie’s great, great legal team doesn’t sue Chicago PD for defamation or slander,” she said.