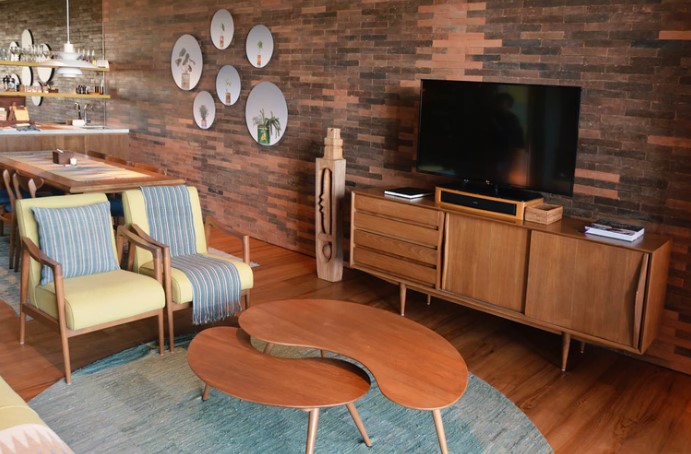 We are right in the middle of the peak TV era, but don’t be overwhelmed. There are so many TV shows out there, and it can be a lot sometimes. We get it. With the new year right around the corner, this means new shows will be premiering as early as Jan. 2. HollywoodLife has come up with a list of the 16 new shows you should to be watching in 2019.

Good Trouble (Jan. 8 on Freeform): The highly-anticipated The Fosters spinoff will focus on Callie (Maia Mitchell) and Mariana (Cierra Ramirez) as they start the next chapter of their lives in Los Angeles five years after The Fosters finale. Good Trouble is one of the best new shows of the 2018-2019 season. Good Trouble isn’t just good — it’s great. The show is edgy, fun, perfect for millennials, and so freaking relatable.

Deadly Class (Jan. 16 on SYFY): This series is taking us back to the ’80s and giving us that Breakfast Club angst, but kicking it up a notch. The show isn’t your typical coming-of-age story. Deadly Class is based on the best-selling graphic novel and follows a troubled teen who is recruited into a storied high school for assassins. This cast of rising young stars is absolutely stellar with Lana Condor, Benjamin Wadsworth, Liam James, Luke Tennie, and María Gabriela de Faría. Don’t miss out on this one.

Schooled (Jan. 9 on ABC): Our lovely Lainey from The Goldbergs is headed back to school, this time as the new music teacher. She’s joined by new series regulars Tim Meadows, Brett Dier, and Bryan Callen in this ’90s spinoff. It’s about time for AJ Michalka to get her own show, and we can’t wait to see Brett show off more of his comedy skills.

Roswell, New Mexico (Jan. 15 on The CW): This reboot comes 16 years after the finale of the original Roswell. The CW series follows Liz Ortecho (Jeanine Mason) as she returns to Roswell, New Mexico, and reconnects with her past love Max Evans (Nathan Parsons). Liz soon discovers that Max is an alien who has kept his abilities hidden, along with those of his sister and friend. A long-standing government conspiracy threatens the lives of Max, his family, and his loved ones. Jeanine and Nathan are perfect playing these star-crossed lovers, and their chemistry is just… WOW.

The Passage (Jan. 14 on FOX): The series is based on the best-selling novel by Justin Cronin and stars Mark-Paul Gosselaar, Henry Ian Cusick, Emmanuelle Chriqui, Vincent Piazza, and more. When a U.S. government experience accidentally turns a group of death row inmates into vampires, one orphan girl may the only person able to stop the crisis. The girl is played by Saniyya Sidney, who holds her own amongst seasoned actors like Mark-Paul. Vampires may have gone into hiding for a while, but they’re making a comeback!

I Am The Night (Jan. 28 on TNT): Chris Pine and Patty Jenkins are teaming up for a new project outside of Wonder Woman, and it’s going to be one of the great thrillers of 2019. When a young woman begins to investigate her past, she finds herself being drawn closer and closer to an infamous Hollywood gynecologist connected to the horrific Black Dahlia murder. Consider us sold on this one.

The Masked Singer (Jan. 2 on FOX): The Masked Singer is going to be absolutely batsh*t, but in the best possible way. The new singing competition series will have celebrities facing off against one another while dressed in an elaborate costume that conceals their identity. We’ve see a few of these costumes, and these celebs are going all out to hide who they are. Nick Cannon hosts the show, along with judges Robin Thicke, Ken Jeong, Jenny McCarthy, and Nicole Scherzinger. The Masked Singer is pure entertainment and the perfect guilty pleasure.

Black Monday (Jan. 20 on Showtime): The show travels back to Oct. 19, 1987, the day of the worst stock market crash in the history of Wall Street. Black Monday will tell the story of how a group of outsiders ended up crashing the world’s largest financial system, and it’s going to be one crazy ride starring Don Cheadle, Andrew Rannells, and Regina Hall.

Project Blue Book (Jan. 8 on History): If you’re looking for your X-Files fix, this is it. The show is based on the true, top-secret investigations into Unidentified Flying Objects (UFOs) and related phenomena conducted by the United States Air Force from 1952 to 1969. Project Blue Book stars Game of Thrones’s Aidan Gillen and The Vampire Diaries’s Michael Malarkey.

America’s Got Talent: The Champions (Jan. 7 on NBC): This reality series will take your favorite AGT acts and bring them together for another chance at greatness. Simon Cowell, Heidi Klum, Mel B, and Howie Mandel are all back as judges. For AGT: The Champions, Brooklyn Nine-Nine star Terry Crews will be hosting.

Lindsay Lohan’s Beach Club (Jan. 8 on MTV): Listen, who doesn’t want to watch a Lindsay Lohan TV show? It’s about time we got a weekly dose of LiLo. The reality series will follow Lindsay as she launches her new club, Lohan Beach House, in Mykonos, Greece.

Sydney to the Max (Jan. 25 on Disney Channel): It’s all about the retro vibes these days. This new Disney Channel series is set in the present day with flashbacks to the 1990s. This show features a cast of talented youngsters, including Christian J. Simon, Jackson Dollinger, Ava Kolker, and Ruth Righi. Plus, the legendary Caroline Rhea plays the dual roles of Mom and Grandma Judy.

Proven Innocent (Feb. 15 on FOX): Rachelle Lefevre and Kelsey Grammer star in this new legal drama series about a woman named Madeline Scott and her fight to prove the innocence of wrongfully convicted people after she was wrongfully convicted herself. The show puts Madeline head-to-head with the man who put her behind bars, Gore Bellows. Proven Innocent is also anchored by a strong supporting cast that features Russell Hornsby, Vincent Kartheiser, Riley Smith, and Nikki M. James.

The World’s Best (Feb. 3 on CBS): Put James Corden, Faith Hill, RuPaul, and Drew Barrymore on a show together, and you’ve got a recipe for success. This global talent competition will feature acts from every genre, and they have to impress 50 of the world’s most accomplished experts in order to be crowned The World’s Best.

Conversations With a Killer: The Ted Bundy Tapes (Jan. 24 on Netflix): True crime is all the rage these days, and Netflix is shedding new insight on one of the most sadistic serial killers. The docuseries will feature exclusive, never-before-heard interviews from Ted Bundy.