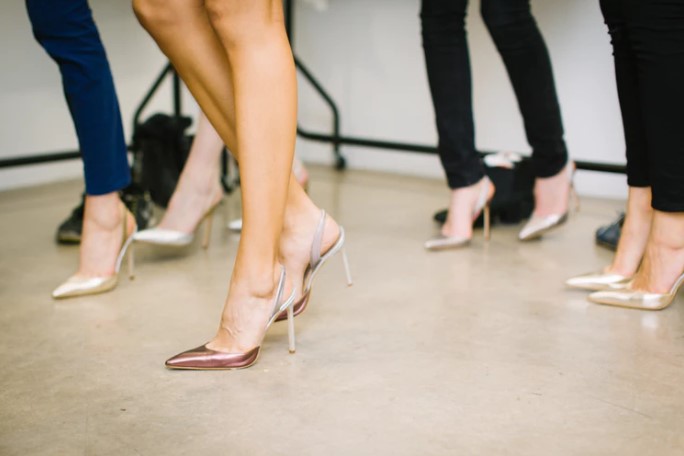 When it comes to the Big Four fashion weeks, Milan is notable for keeping things close to home. Many of the biggest brands on the schedule have purpose-built show spaces in which to present their collections, and many of the major fashion houses still have descendants at the helm (Angela Missoni, Silvia Venturini Fendi, Miuccia Prada, Veronica Etro to name a few), proving that the Milanese fashion scene is a family affair.

In recent years, though, that family has been growing. This past Autumn-Winter 2019 season was the largest to date, with 179 new collections on the schedule. It’s becoming more international, too, thanks to the Fashion Hub facilitated by the National Chamber of Italian Fashion (Camera Nazionale della Moda Italiana), which presented the collections of 27 emerging brands from all over the world.

With the passing of Karl Lagerfeld last week — a designer who has been at the core of the fashion world for over half a century –Milan Fashion Week had a more poignant start. Here we reflect on some of the key moments.

Farewell to a fashion legend

The death of legendary designer Karl Lagerfeld loomed over the first day of Milan Fashion Week. Although he was perhaps most widely known for his work for Chanel, which he had helmed since 1983, his longest-standing commitment was to Fendi, where he served as artistic director for 54 years. Under Lagerfeld’s direction Fendi grew from a traditional family-run furrier into the billion-euro business it is today.

His record-breaking tenure was punctuated with his final collection for the Italian house, shown last Thursday.

“The bond between Karl Lagerfeld and Fendi is fashion’s longest love story,” Silvia Venturini Fendi, the brand’s creative director, wrote in the show notes. “When we called just a few days before the show, his only thoughts were on the richness and beauty of the collection.”

Many of Lagerfeld’s favorite models, including Gigi Hadid and Kaia Gerber, walked the runway, their hair arranged into low ponytails reminiscent of the late designer’s. The show culminated in a film of Lagerfeld creating one of his trademark sketches.

Given the United Nations’ assertions that the fashion industry produces 20% of global waste water and 10% of the world’s carbon emissions, the need to find more sustainable methods of garment production has never been more urgent.

To this end, seven rising design talents from around the world were invited to create new garments from existing materials as part of the Next Green Talents showcase. Bethany Williams — fresh from London Fashion Week, where she was presented with the second Queen Elizabeth II Award for British Design — patchworked denim into a jacket, which she printed and hand-embroidered.

Design duo Gabriela Luna and Corina del Pinal of Luna Del Pinal drew inspiration from a trip to Guatemala, fashioning several sweaters into an asymmetric top that resembled a poncho; while Ukrainian duo Ksenia and Anton Schnaider of Ksenia Schnaider made a women’s jumpsuit from recycled men’s tailoring.

The spectre of Brexit and a recession in Italy suggest an uncertain future for Europe. So, it’s no wonder designers delivered escapism this season.

Contemplating the visible and invisible, Gucci’s Alessandro Michele sent masked models down a mirrored runway in front of a dazzling strobe light display which momentarily blinded the audience. Elsewhere, Miuccia Prada spun a tale of Gothic romance referencing Mary Shelley’s “Frankenstein” with Wednesday Addams-style models, and Jeremy Scott parodied “The Price Is Right” for Moschino, showing that fantasy comes in all shapes.

With black models like Adut Akech, Anok Yai, Binx Walton and Selena Forrest walking many of the week’s biggest shows, Milan seems to be moving in the right direction when it comes to racial diversity. (Last season it lagged behind its fashion capital counterparts with people of color making up less than 30% of models.)

Age was also on the agenda for brands like Etro, who called iconic models Farida Khelfa and Violetta Sanchez, an ’80s muse to Thierry Mugler and Yves Saint Laurent, out of retirement. The standout appearance this season, though, came when ’90s supermodel Stephanie Seymour closed the Versace show.

Body diversity though remained almost entirely absent from the Milan Fashion Week runway and there was no representation of models with disabilities.

It’s just been over a year since Phoebe Philo left Céline, ending an an era of design widely regarded as being the most egalitarian and sensitive to women’s bodies. But now, it finally looks as though there may be someone to fill the void she left behind.

In his debut collection for Bottega Veneta, 32-year-old British designer Daniel Lee — who was educated at London’s Central Saint Martins and previously worked under Philo at Céline — assertively but sensitively thrust the luxury leather company in a new direction while staying true to its heritage. Architectural tailoring and layered knitwear were Lee’s hallmarks, while the versatile dresses and diverse range of footwear (from chunky biker boots to delicate kitten heels) will help to restore the 6% drop in sales the label experienced last year.